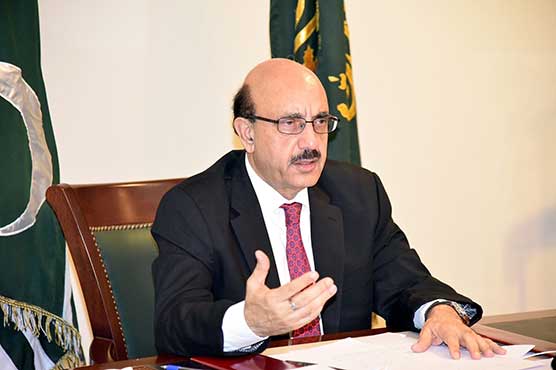 He pointed out that in 2020 alone, India had committed more than 3000 cease-fire violations

In a statement issued on Sunday, he said that the UN military observers are present in both Azad and occupied Jammu and Kashmir since 1949 under the authority and powers assigned by the Security Council to monitor the ceasefire at the LoC and submit their reports to the UN Secretary-General.

He maintained that these military observers enjoy full freedom of movement in all areas along the LoC in Azad Kashmir and the working boundary in Pakistan, but they do not have such freedom on the other side of the LoC in occupied Kashmir.

“India is pushing the envelope. As it would join the UN Security Council as a non-permanent member in January 29, it would stage such attacks on UNMOGIP to play up it ‘redundancy’.The attack should be discussed in the Security Council, India should be held accountable and UNMOGIP’s security beefed up,” the president said.

He went to say that Pakistan was fully observing the ceasefire in Kashmir in consonance with the UN Security Council resolutions and only responds Indian provocative actions, while the Indian Army is engaged in targeting the civilian population of Azad Kashmir by resorting to unprovoked firing on the LoC almost on a daily basis leaving the innocent civilians martyred, injured and damaging their property.

The AJK president pointed out that in 2020 alone, India had committed more than 3000 cease-fire violations since the beginning of the year, killing dozens of civilians and causing serious injuries to scores of others.

He said that another aspect of the Indian Army firing on the UN military observers’ vehicle in Rawalakot Sector of Azad Kashmir is that the Indian Army wants to scare them in order to prevent them from monitoring the violations of the ceasefire. The incident should be immediately probed on the highest levels.