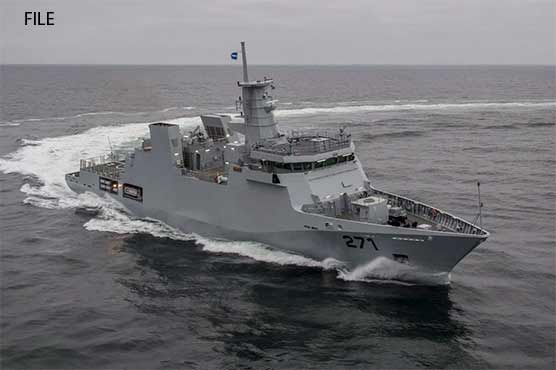 Speaking at the occasion, the Chief Guest termed the induction of PNS TABUK as an important milestone in Pakistan Navy to enhance its operational capabilities. The Admiral underscored that the new addition will contribute in promoting safe and secure maritime environment in the region.

He further highlighted the importance of evolving geo-strategic environment in the region and need of a potent Naval Force to counter increasing maritime challenges. While highlighting the plight ofKashmiris in Illegally Indian Occupied Jammu & Kashmir (IIoJ&K), the Chief Guest paid tribute to their exemplary struggle of self-determination against Indian oppression.

Pakistan Navy contracted for the two YARMOOK class Corvettes in 2017. The first ship of this class, PNS YARMOOK was inducted in July this year while the second ship PNS TABUK has also been inducted into the Fleet.

Later, the Naval Chiefurged the officers and men of PNS TABUK to make full use of the combat potential of this modern warship in guarding the maritime interest of motherland.He also acknowledged M/s DAMEN Shipyards (Romania) for their cooperation and delivering high quality platforms toPakistan Navy. The induction ceremony was attended by Senior Naval Officers.