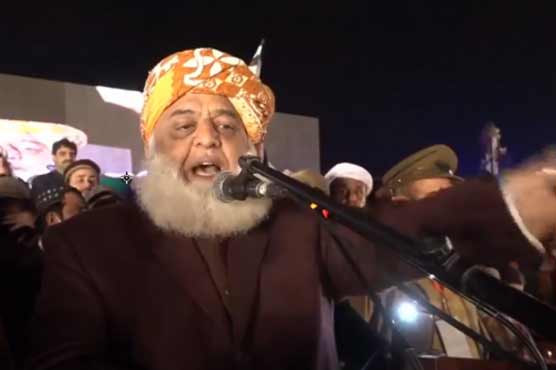 Addressing a rally at Minar-e-Pakistan, he said the wounds are deepening. The element of anger and resentment is growing. We have to live as a nation. The people form parliament, judiciary and the army.

He said that if the institutions compete with each other then national unity can never be maintained. I see anarchy in Pakistan in the coming days. We must deal with the situation before anarchy.

The PDM chief said that we could not liberate Kashmiris. The formula for dividing Kashmir into three parts was given by Modi before the elections. Imran Khan prayed for Modi s success in the elections. For 73 years, India did not dare to consume Kashmir. Today India has consumed Kashmir.