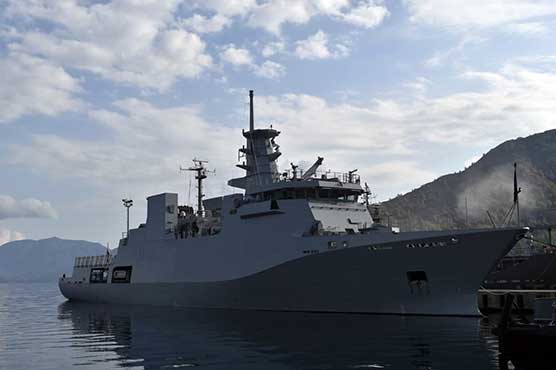 The Commanding Officer conveyed sincere regards of Chief of the Naval Staff Admiral Muhammad Amjad Khan Niazi for the people of Turkey in general and the Turkish Navy in particular.

Later, on departing the Port, PNS TABUK participated in Coordinated Patrol with Turkish Navy ships. The recent visit of PNS TABUK is reaffirmation of PN-TN collaboration and to further foster brotherly relations between both the countries.