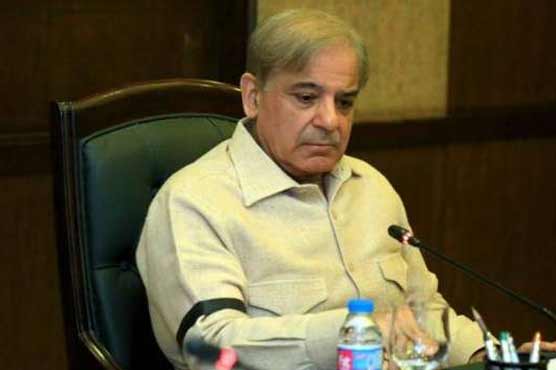 The opposition leader said that he felt helpless in prison when he heard about his mother's demise.

LAHORE (Dunya News) – Leader of Opposition in National Assembly and Pakistan Muslim League-Nawaz (PML-N) president Shehbaz Sharif on Sunday said that every sector of the country is on the verge of collapse and national dialogue is only way to improve country’s situation.

Talking to media at the Rasm-e-Qul of his mother in Jati Umra on Sunday, he said that the government has ruined country’s economy.

To a question regarding how the country’s situation can be improved, the PML-N president said, "Get me out of prison, then I can tell you how to fix the country. ﻿Right now I have been released on parole.

“Only collective efforts could improve country’s situation,” he added.

Shehbaz said that there is an urgent need of national dialogue, adding that the political parties would have to be on the same page if we want the situation in the country to improve. However, he said that the ruling Pakistan Tehreek-e-Insaf (PTI) has poisoned politics, now everything starts and ends with abuse.

Sharing memories with his late mother Begum Shamim Akhtar, he said that his mother used to scold him in his childhood and then love him at the same time.

The opposition leader said that he felt helpless in prison when he heard about his mother s demise.