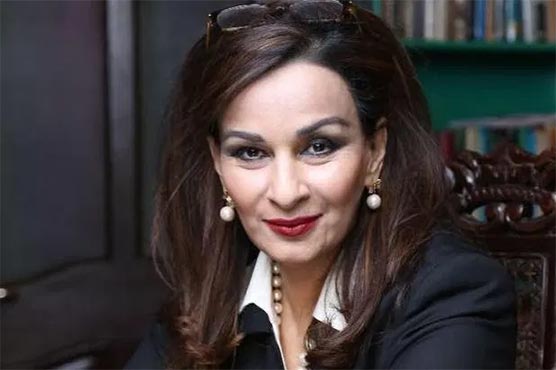 KARACHI (Dunya News) – Pakistan People’s Party (PPP) has expressed reservations over the visit of Prime Minister Imran Khan to Gilgit-Baltistan ahead of elections of the region’s legislative assembly.

PPP leader Sherry Rehman, while reacting to PM Imran’s visit, said that the Prime Minister and the federal ministers are illegally running an election campaign in Gilgit-Baltistan.

Sherry Rehman said that election rules are being openly violated in the region as after the federal ministers, Imran Khan himself has arrived in Gilgit-Baltistan to run the election campaign.

The PPP leader said that development projects were being announced during public gatherings, which could not be allowed after the election schedule is announced, and termed it an open rigging by the Prime Minister and his ministers.

On the other hand, Prime Minister Imran Khan on Sunday announced that the government has decided to give provisional provincial status to Gilgit-Baltistan keeping in view United Nations Security Council (UNSC) resolutions.

PM Imran Khan, while addressing Azadi Parade ceremony in connection with the 73rd Independence Day of Gilgit-Baltistan in Gilgit, said that one of the many reasons Gilgit-Baltistan remained backwards was because it was cut off from the rest of Pakistan but now government is focusing on development of all backward areas of the country.

The Prime Minister said our armed forces are successfully fighting terrorism and extremism in the country which is being supported through a planned conspiracy of enemy. Imran Khan said a strong army is crucial for a country to protect its sovereignty and solidarity.

Prime Minister, during his address, also lashed out at opposition and said that opposition wanted to blackmail him and when they failed in that, they started targeting state institutions and turned their guns towards Army and ISI Chief. Now we are seeing Pakistan’s Mir Jafar and Mir Sadiq in the form of Ayaz Sadiq, he said.

Imran Khan claimed that interests of opposition do not align with national interest of Pakistan and vowed not to give any relief of opposition.

Till now, I focused on improving economic situation of the country but from now on, my priority is establishing rule of law in the country and forcing powerful criminal to submit before the law, Imran Khan said.

He blamed India for promoting sectarianism in Pakistan and credited Pakistan’s intelligence agencies for rendering ineffective India’s conspiracies to spread anarchy in the country saying that our security forces are sacrificing their lives almost every week which makes Pakistan a safe country.