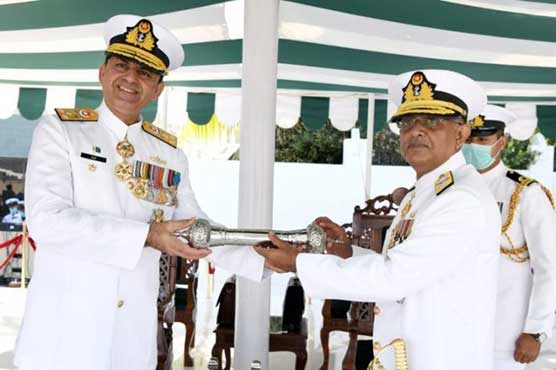 During his distinguished career, he has served on various Command and Staff appointments. His important Command appointments include Commanding Officer of three Destroyers, Commandant Pakistan Naval Academy, Commander 18th and 25th Destroyer Squadrons.

In recognition of his meritorious services, Rear Admiral Naveed Ashraf has been awarded with Hilal-i-Imtiaz (Military) and Tamgha-e-Basalat.

During the Change of Command ceremony, the Admiral was presented with Guard of Honour. The ceremony was attended by Pakistan Navy officers, CPOs/ Sailors and Navy Civilians.