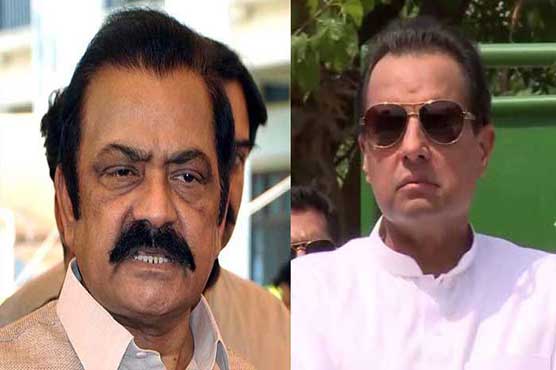 The extension was granted to Rana Sanaullah, Captain (r) Safdar and other leaders.

According to details, the extension was granted to Rana Sanaullah, Captain (r) Safdar and other leaders.

A clash erupted between outraged PML-N workers and police as Maryam Nawaz reached the NAB office in a case pertaining to illegal transfer of 180 acres of land in Raiwind.

PML-N workers – who accompanied Maryam Nawaz from Jati Umrah to the NAB office in a convoy – pelted stones at police officials and tried to break the barriers outside the anti-corruption watchdog’s office.

In retaliation, the police resorting to aerial firing, shelling and baton charge to disperse the infuriated crowd. Several protesters including women were arrested.

Maryam Nawaz left the NAB office premises without appearing before the accountability bureau and then came back for the second time.

“Police threw stones at my car which broke its screen. I am here to give answers to the NAB questions. Why did you summon me if you are so scared? Now have some courage to listen to me,” the PML-N vice-president said.

She said that state terrorism and repression was demonstrated in front of NAB office, unarmed workers were tortured. She said that I stood outside the NAB door and asked them to take my reply but they did not open the NAB office door.

The anti-corruption watchdog had leaked the information to media about the notice. There was no allegation in the notice and the reason to call me on this vague notice was to harm me, she added.