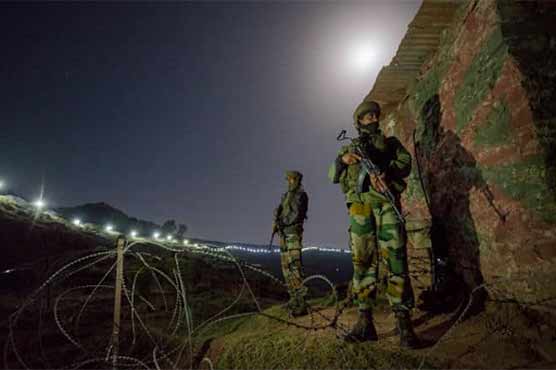 RAWALPINDI (Dunya News) - In yet another incident of unprovoked aggression, Indian border security forces resorted to targeting civilian population on the Pakistani side of Line of Control (LoC), injuring a woman on Wednesday.

Due to indiscriminate fire of automatics, a 65-year-old woman, resident of Khattar village, sustained serious injuries.

On Tuesday, a Pakistani soldier and a civilian were killed and four other civilians were injured in Indian forces  firing along the Line of Control (LoC) in the Kashmir region.

The Indian forces resorted to unprovoked firing in Baroh and Tandar sectors along the LoC "targeting the civilian population."

A 15-year old boy was killed while four civilians including a woman and an 80-year-old male resident got injured, said the statement from the army s media wing, the Inter-Services Public Relations.

"Pakistan army troops responded and targeted those posts which initiated fire. (There are) reports of substantial damage to Indian posts in men and material," said the statement, adding that in an intense exchange of fire, a soldier was also killed.