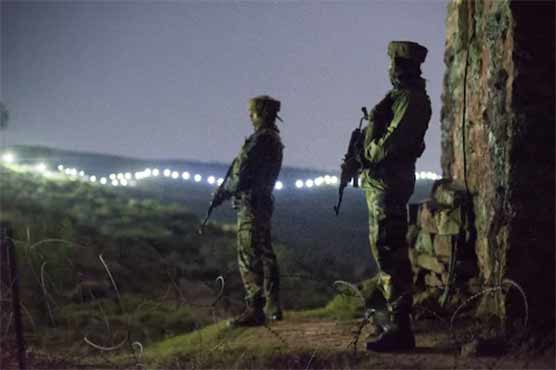 Indian troops have committed ceasefire violations at least 2,340 times in 2020.

RAWALPINDI (Dunya News) – A minor 8-year-old boy was injured after Indian troops resorted to unprovoked firing in Baroh Sector along the Line of Control (LoC) on Friday.

According to a statement issued by the Inter-Services Public Relations (ISPR), Indian Army troops resorted to unprovoked ceasefire violation in Baroh Sector along LoC. Due to indiscriminate fire of automatics, an innocent 8-year-old boy sustained serious injuries.

The statement added that the injured boy had been evacuated to a nearby health facility for medical treatment.

Indian troops have committed ceasefire violations at least 2,340 times in 2020, the ISPR said.

On Thursday, Inter-Services Public Relations (ISPR) Director General Major General Babar Iftikhar briefed the Ambassadors and defence attaches of 24 countries, who visited the Line of Control (LoC) to inspect the atrocities being committed by New Delhi.

“The purpose of this provocation is to divert the world’s attention from the brutalities being committed against the people of Indian Illegally Occupied Jammu and Kashmir (IIOJK) and the minorities in India.

“Kashmiris have been held hostage on their own land. The United Nations (UN) has issued a detailed report regarding the Indian barbarity in occupied Kashmir, and this issue should be solved under the UN resolutions.”

The delegation also comprised Representatives of the European Union and the World Food Programme. The visitors met the victims of Indian firing as well.