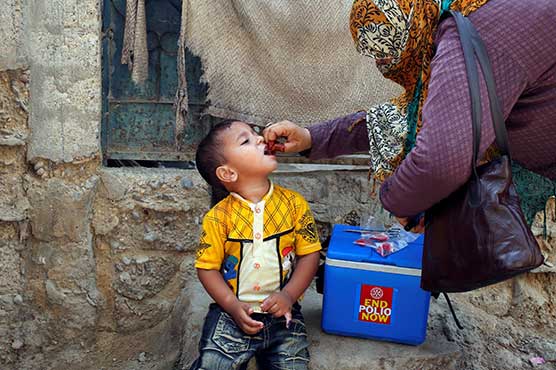 The campaign would continue till September 25 across the province including merged tribal districts.

PESHAWAR (Dunya News) – The Khyber Pakhtunkhwa Health Department has completed all arrangements for holding of national polio Immunization campaign, starting across the province on Monday (tomorrow).

An official of Emergency Operation Centre (EOC) for Polio Eradication KP said that about 6.50 million children below five years of age would be vaccinated.

The campaign would continue till September 25 across the province including merged tribal districts.

The official said performance of these teams would be monitored at union councils, tehsils and districts level by the special monitoring committees and districts administration.

All resources has been provided to vaccinators and negligence in duties would not be tolerated, he said.

He urged parents to fully cooperate with the vaccination teams and bring their kids to nearby hospitals in case vaccinators did not arrive to their homes due to some reasons.