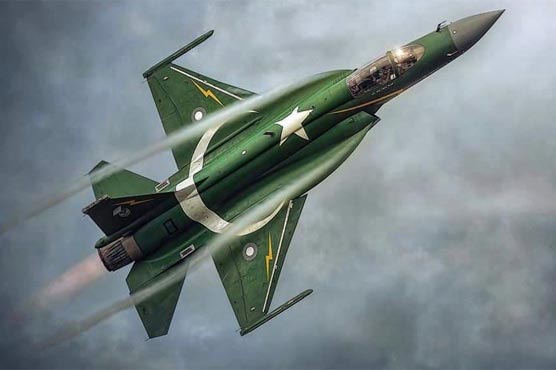 PAF pilots inflicted humiliating defeat on India in the 1965 war.

LAHORE (Dunya News) – Air Force Day is being observed with national zeal today [7th September] to commemorate the dexterity and valour of the defenders of air space of the country against Indian aggression in September 1965 war.

In the 1965 war, the valiant Pakistani pilots despite limited resources not only annihilated Indian air aggression but also inflicted humiliating defeat on India through unprecedented skill in the warfare and insurmountable courage.

The PAF attacked Indian airbases in Pathankot, Adampur and Halwara on September 6 and destroyed 53 fighter jets of the enemy before 05:00 PM on September 7.

A contingent of the PAF today presented guard of honor at the tomb of Rashid Minhas – Pakistan’s only fighter pilot who was awarded the highest decoration of Nishan-e-Haider.

Rashid Minhas – only 20 – was decorated with Nishan-e-Haider for not letting his defector instructor, Flt Lt Matiur Rahman, fly to India with state secrets and an in-service air force official.

He chose to point aircraft’s nose to ground and destroy it, rendering sacrifice of his life for the sake of sanctity and integrity of his country in 1971 war against India. Coup leader, President General Yahya Khan announced posthumous decoration for the martyr.

Ghulam Abbas Ghumman said in his message today, “The armed forces are always ready to retaliate against any aggression. Pakistan’s history is full of such examples of sacrificing lives for the motherland. The PAF made the nation proud.”