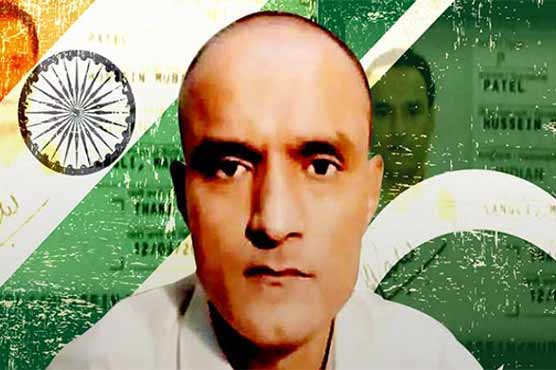 The IHC has received no reply from the Indian Embassy in Islamabad as yet, nor has anyone submitted power of attorney on its behalf.

Sources said that Foreign Office has sent a letter to the Indian High Commission on the orders of the Islamabad High Court. Pakistan said that it was not legally possible to allow a lawyer from India to represent Indian prisoner on death row Kulbhushan Jadhav in a court in this country.

On August 7, the Islamabad High Court (IHC) had constituted a larger bench to hear the case pertaining to the appointment of a legal representative for convicted Indian spy Kulbhushan Jadhav.

The IHC in its Aug 7 verdict had said: “We appoint Abid Hassan Manto, Hamid Khan, Senior Advocates of the Supreme Court and former presidents of the Supreme Court Bar Association, and Makhdoom Ali Khan, Senior Advocate Sup­reme Court and former Attorney General of Pakistan, as amici curiae for our legal assistance in general and, in particular, to ensure that the judgement of the International Court is effectively implemented.”

Earlier, IHC had directed the government to recontact India for appointment of legal representative for Kulbhushan Jadhav. IHC Chief Justice Athar Minallah asked the attorney general to brief the court about history of the case.

“We want to make Indian government and Kulbhushan part of the case over which, the federation assured to again approach the neighboring country through foreign office for hiring of lawyer for the spy,” the chief justice maintained.