LAHORE (Dunya News) – Extended rain spells across the country have transformed streets and roads into canals and caused multiple accidents leading to deaths of several people. Incidents of roofs and walls collapsing and lightning strikes were reported all over Pakistan killing and injuring many people.

In Karachi, at least seven people were killed in a lightning strike and four others, including two children, were killed due to a wall collapse and electrocution. Rain water accumulated in Gulbahar underpass also killed one person while three children drowned in Mahmoodabad Hill Top Nullah.

The lightning incident occurred in Gulistan-e-Jauhar area of Karachi. A lightning bolt struck down a wall near a residential flat killing seven people, including four children and three women. As soon as the accident was reported, rescue teams reached the spot and started rescue operation.

Moving North, the low-lying areas of Sargodha got submerged and several feet of water accumulated in the streets and markets of the city. Two people were killed and more injured in lightning strikes and roof collapse accidents.

In Upper Chitral, a bridge was washed away by a flood and four houses were destroyed by flooding in Rambor village of Kailash valley. Five houses got flooded in Ration Gol Nala and more than 20 houses took serious damage.

In Dera Bugti, a child got injured when a house’s roof collapsed. A crack appeared in the Chit Dam and crops were damaged due to the breach. Saeedabad Town Committee Office also sank in Sehwan.

Meanwhile, the water level in Chenab and Mangla has started rising and water inflow in Head Marala has reached 212,000 cusecs. Spillways had to be opened in Islamabad when the level of Simli and Rawal Dams rose too high.

The district administration has been alerted after the water level in Sawan River rose to a dangerous level while rivers also overflowed in Mirpur, Azad Kashmir. In Muzaffarabad, tourists got stranded in the Neelum River before being rescued by locals. 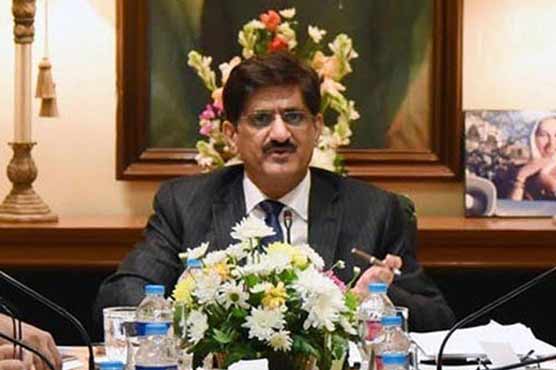 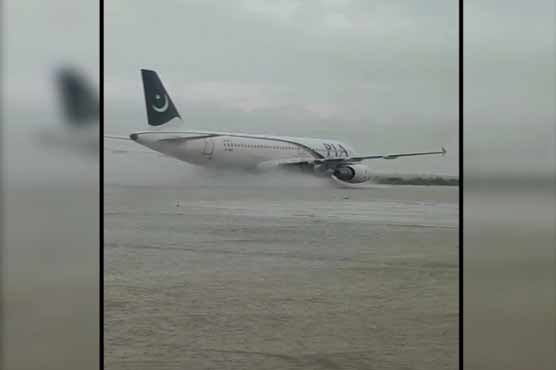 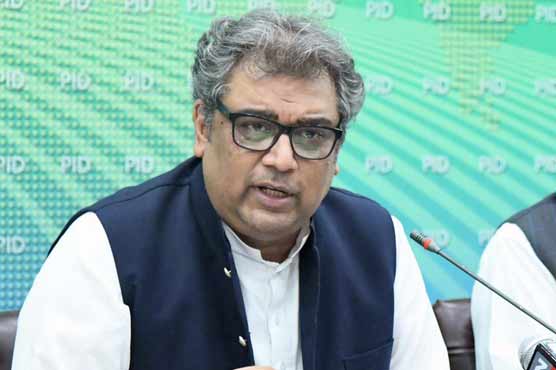 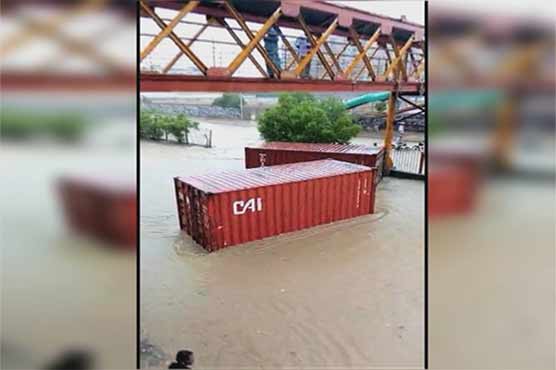