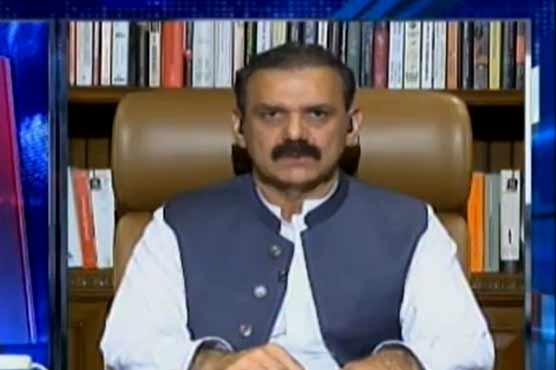 He said despite the outbreak of coronavirus pandemic, the work on CPEC projects is underway

Speaking Exclusively in Dunya News program “Dunya Kamran Khan Kay Sath”, he said that the main purpose of setting up CPEC Authority is one window operation and the authority is in touch with all provinces and ministries.

Bajwa said that all the projects would be handled through CPEC Authority, adding that the local and foreign companies will not have to run on the projects. Investment projects worth US$4 billion have been signed, he said.

The CPEC authority chairman said that Prime Minister Imran Khan has given mandate to accelerate work on the CPEC and also offered his guidance on interruptions. He said the prime minister has directed that work on the CPEC projects should not stop anywhere.

Lt Gen Asim Saleem Bajwa went on to say that many communication infrastructure and energy projects are underway, adding that nine out of 17 CPEC energy projects have already been completed, while the work on eight other projects is underway.

He said: “Despite the outbreak of coronavirus pandemic, the work on CPEC projects is underway, adding that they were also working with Chinese study group on agricultural research and the Chinese companies are also showing interest in corporate farming. Our business houses and Chinese companies were working together.”

“Political and military leadership have equal priorities over CPEC,” he said, adding that we are moving from infrastructure energy to industrial development. “We will now move towards agriculture as well under the CPEC,” he said and added CPEC has become a joint science and technology working group while tourism has also been included in these projects.

Elaborating on the ongoing development work on the project, the CPEC Authority chairman said that work is underway on DI Khan Motorway which will be taken to Zhob while work on Hoshab to Awaran road is going to start, adding that three out of nine Special Economic Zones (SEZs) are in the initial priorities.

One thousand acres land for the Rashkai Economic Zone has already been acquired and all formalities for the development agreement on Rashkai have been completed. The foundation stone of Special Economic Zone in Faisalabad has been laid, while the tender for Dhabeji Economic Zone near Karachi will open tomorrow in which various companies are showing interest.