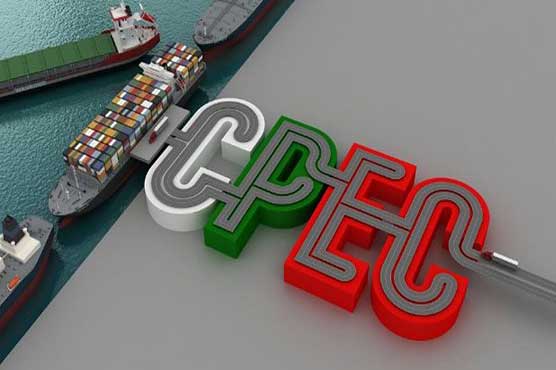 The govt under CPEC was mainly focusing on making improvements in economic, education, health

ISLAMABAD (Dunya News) – Minister of State for Parliamentary Affairs Ali Muhammad Khan and Minister for Science and Technology Chaudhry Fawad Hussain Sunday termed that the China-Pakistan Economic Corridor (CPEC) a game-changer for the entire region which would bring economic revolution in Pakistan, particularly in Balochistan.

The partnership in the form of China-Pakistan Economic Corridor will prove to be a historical milestone in the Pak-China bilateral relations, both the ministers said while speaking to a Radio Pakistan’s Current Affair Programme.

Minister of State for Parliamentary Affairs Ali Muhammad Khan said from the beginning the Prime Minister Imran Khan has been supporting the game changer project CPEC and was determined to take this great initiative to its logical end.

The mega project would not only benefit China and Pakistan but the entire region, he said, adding, this project also be a gateway to European markets for trade activities.

The government under CPEC was mainly focusing on making improvements in economic, education, health and industrial sectors, he highlighted.

Ali Muhammad said at this time, special attention was being given to Baloch people to eliminate their sense of deprivation.

The government would definitely ensure maximum projects in Balochistan under CPEC and to ensure the people of the province would get maximum benefit from CPEC, he assured.

Minister of Science & Technology Fawad Chaudhry said, it was a good development that CPEC has entered its final stages of second phase.

In 1st phase of this initiative, special emphasis was on overcoming energy shortage and improving road infrastructure. In second phase of this mega project, the industrial growth was among the priorities, Fawad said .

He added, special economic zones and industries have been established in this phase. In the third phase of CPEC, agriculture sector would be focused.

China was keen to provide its expertise in agriculture production to Pakistan, he concluded.