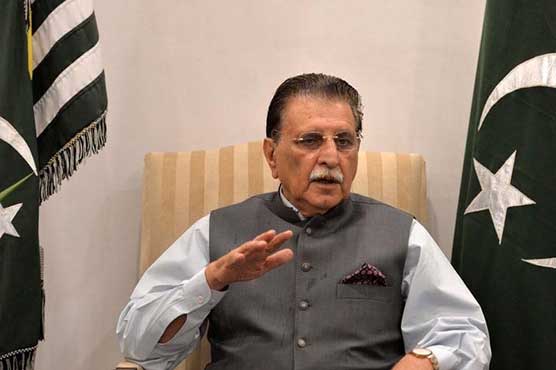 He said Indian Army could not face the Pak Army, due to which, it targeted the vulnerable population

MIRPUR (Web Desk) – Azad Jammu and Kashmir Prime Minister Raja Farooq Haider Khan on Tuesday strongly condemned the unprovoked Indian firing on the civilian population residing along this side of the Line of Control (LoC) and appealed international community and global bodies to take serious and immediate notice of the Indian aggression.

A woman embraced martyrdom while a minor girl sustained wounds in unprovoked firing by the Indian army at Jandrot and Khuiratta sectors along the CFL on Monday.

In his reactionary statement issued here, the prime minister said that Indian Army had crossed all limits of brutalities and developed a habit to target the innocent civilians and their properties on daily basis.

He said Indian Army could not face the Pak Army, due to which, it targeted the vulnerable population residing nearby the LoC.

Referring to the deteriorating human rights situation in the Indian Occupied Jammu and Kashmir (IOJ&K), Raja Farooq Haider said that Indian army was continuing its atrocities even in the holy month of the Ramazan.

“When the global community was busy in tackling the deadly coronavirus pandemic, the Indian army is engaged in targeting Kashmiri youth”, he added.

He said extremist policies of the Indian fanatic rulers had put the regional peace on stake.

“Indian through its nefarious designs actively involved in the gross human rights violations in the held valley”, he added.