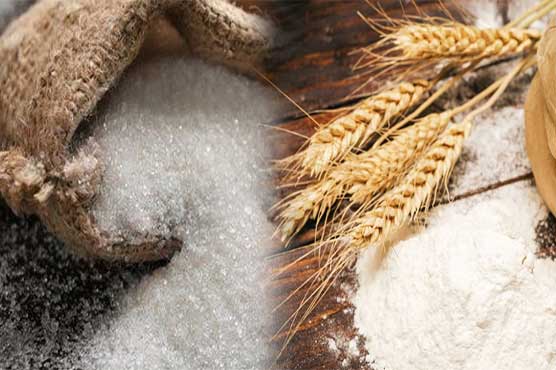 Sources said that the govt is giving more time to the commission to clear confusion in the report.

As per the details, following the request, the government is likely to give commission two to four more weeks to complete the investigation.

Sources said that the government was giving more time to the commission to clear the confusion in the report.

The commission will now present the report in May instead of April 25.

Earlier, the reports of the inquiry committees tasked to probe sugar and wheat crises in the country have been made public while the prime minister has directed forensic analysis of 10 sugar mills to further expand the findings.

The prime minister had constituted two high-powered committees under Director General Federal Investigation Agency and comprising a senior officer of Intelligence Bureau and DG Anti Corruption Establishment Punjab to investigate the causes behind the crises and price hike of the said commodities.

After the formation of the said committees, the prime minister had repeatedly resolved to expose and penalize those found responsible for the sugar and wheat crises to avoid the recurrence of such acts.

On submission of Inquiry reports from both the committees, certain additional questions were also referred to the bodies seeking further clarifications.

The committees had furnished separate main and supplementary reports to address the further queries raised by the Prime Minister House.

The committees had held series of meetings with all the stakeholders including the federal ministries, Federal Board of Revenue, mills associations and relevant provincial departments.

In pursuance of Pakistan Tehreek e Insaf and Prime Minister Imran khan’s firm belief on transparency and accountability as basic ingredients of democracy and good governance, the prime minister decided to make both the reports and additional answers public.

In its 32-page report, the committee on sugar price hike termed the export of sugar unjustified which increased the sugar price in local market. The exporters gained benefits in two ways; first they got subsidy and secondly they made profit by increasing price locally.

Fifteen sugar mills benefitted from the subsidy including the ones owned by PTI leader Jahangir Tareen, Shamim Ahmed Khan and Makhdum Omer Shahryar (relative of federal minister Makhdum Khuso Bakhtiar) with Chaudhry Munir and Monis Elahi as partners in the group.

However, in continuation of probe being carried out by the inquiry committee on sugar prices, the federal government through a cabinet decision expanded the scope of said body to an Inquiry Commission by conferring powers given under The Pakistan Commissions of Inquiry Act 2017.

The commission is further carrying out forensic analysis to expand on the findings of the inquiry committee.

After the commission finalizes its report, its findings will also be made public and any corrective and/or punitive measures required or recommended will be taken by the federal government under the leadership of Prime Minister Imran Khan.

The inquiry committee however recommends immediate crackdown on the satta players as satta at major sugar market is already crossing Rs 100 per kg for Ramdan. Moreover, it called for ensuring to lift the sold sugar in appropriate amount so that the supply remains adequate.

Regarding wheat, the committee found that the PASSCO failed to meet its procurement targets and the ministry failed to grasp market situation and timely advice for import of the wheat.

For Punjab, the committee called Ex-Food Secretary Naeem Sadiq and Ex-Director Food Punjab Zafar Iqbal for their failure to meet procurement targets. Provincial Food Minister Samiullah Chaudhry is responsible for not devising any reforms agenda to address chronic ailments in the department.

The responsibility in Sindh lies with the whole cabinet for not approving the procurement and for KP, Ex-Secretary Food Akbar Khan and Ex-Director Food Saadat Hussain and Food Minister Qalandar Lodhi stood responsible for failing to meet procurement targets.