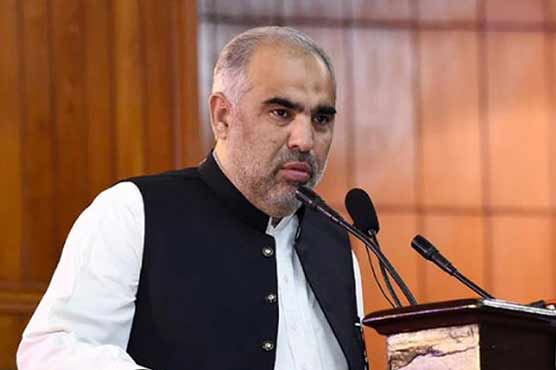 He said that Pakistan has always supportive of peace through dialogues in the region.

SWABI (Web Desk) – Speaker National Assembly Asad Qaiser Sunday welcomed the signing of a peace agreement between the United States and the Afghan Taliban, expressing hope that the spirit of peace would end the bloodshed and war that has been going on in Afghanistan for the last 18 years.

In a statement issued here, he said that Prime Minister Imran Khan was saying from the very beginning that peace could not be restored in Afghanistan without dialogues. He said that Pakistan has always supportive of peace through dialogues in the region.

The Speaker further said that a national seminar would be organized on March 17, by National Assembly in this regard which would join by parliament, academics, analysts, civil society and media representatives.

The situation arising after the agreement between the United States and Afghanistan would be discussed and suggestions for future action would be considered,he added.

He said that the US-Afghanistan peace agreement would play a vital role for restoration of peace, prosperity and development not only in Pakistan but in whole region.