Pakistan invites US to invest in CPEC 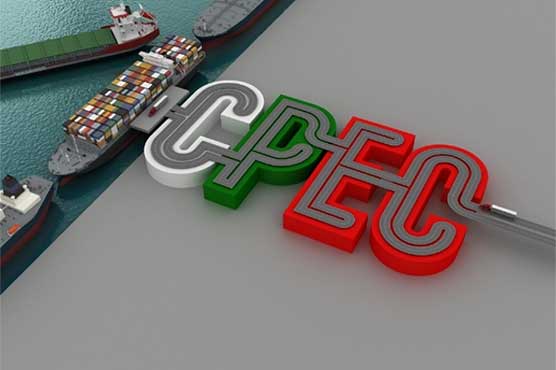 Pakistan invites US to invest in CPEC

ISLAMABAD (Dunya News) – Adviser to the Prime Minister on Commerce, Industries and Production and Investment Abdul Razak Dawood on Thursday said that Pakistan has invited the United States to invest in China-Pakistan Economic Corridor (CPEC).

Addressing a press conference in Islamabad on Thursday, he said that US Secretary of Commerce Wilbur Ross assured him of reviewing different aspects of the CPEC on Pakistan’s invitation.

Dawood said there was a great chemistry between Prime Minister Imran Khan and US President Donald Trump and Pak-US relations would further strengthen after an agreement with the Taliban.

“We want access to US markets," he said and added the US has identified weaknesses in various sectors. Matters pertaining to GSP facility were also discussed with the US.

On Wednesday, the adviser told the visiting US delegation that this was high time for United States’ (US) companies to invest in Pakistan for increasing bilateral economic and trade relations.

He said that the government under the leadership of Prime Minister Imran Khan was now focusing on job creation and export augmentation by encouraging foreign investments, said a press release issued by Ministry of Commerce here.

During a meeting with US Secretary of Commerce, Wilbur Ross, the Advisor, Abdul Razak Dawood discussed the issues related to bilateral trade and enhanced market access to Pakistan.

Razak also took up the issue of early convening of the long awaited 9th session of Trade and Investment Framework Agreement (TIFA) meeting as well as the visit of US business delegation to Pakistan to participate in the Business Opportunities Conference in order to forge a better networking among the private sectors of both countries.

The advisor also suggested that the U.S. International Development Finance Corporation (IDFC) should help in developing of new businesses in Pakistan.

On the occasion Wilbur Ross said that his visit to Pakistan was a part of his government’s desire to increase trade relations with Pakistan.

He also believed that such links between the two counties would not only enhance trade but encourage further expansion of ties in all fields of economic engagement.

About IDFC assistance, Secretary Ross sounded positive and suggested that Ministry of Commerce should propose projects in that regard.

The US Secretary of Commerce also called on Minister for Energy, Omar Ayub Khan.
The minister gave an overview of Pakistan’s energy sector and the present government’s earnest endeavors in reforming this sector.

These efforts were being personally overseen by the Prime Minister of Pakistan himself, he added.

The minister also reaffirmed Pakistan’s commitment to cleaner fuels and green energy. The Special Assistant to Prime Minister on Petroleum, Nadeem Babar informed the visiting side on key actions taken to improve ease of doing business in Pakistan.

The SAPM also shared how more US investments could be incremental in improving the business relations between the US and Pakistan. The two sides agreed to step up cooperation in the energy sector.