10 civilians including children wounded in unprovoked Indian firing along LoC 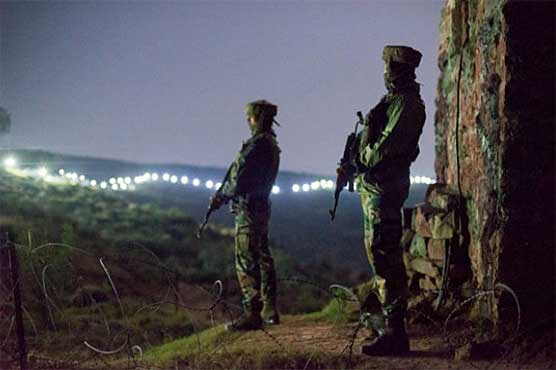 10 civilians including children wounded in unprovoked Indian firing along LoC

Pakistan has registered a strong protest against India for breach of ceasefire agreement across LoC.

The Inter-Services Public Relations (ISPR) stated that Indian troops in last 24 hours have continuously breached the ceasefire agreement by firing mortars and heavy weapons in Jandrot and Nikial sectors along the LoC. The population in Jabbar, Sandhara, Sumbal Gali and Dabsi villages of Kotli district were targeted.

The wounded civilians were taken to the nearby hospital for medical assistance.

Pakistan has registered a strong protest against India on Monday for continuous ceasefire violations across the Line of Control (LoC) which resulted in critical injuries to the civilians.

According to the Foreign Office, a senior diplomat from the High Commission of India has been summoned to register their protest for the indiscriminate firing by Indian troops on Feb 9 targeting the villages of Kotla district. 10 innocent civilians including children and women were wounded in the unprovoked firing.