4 civilians including child wounded in unprovoked Indian firing along LoC 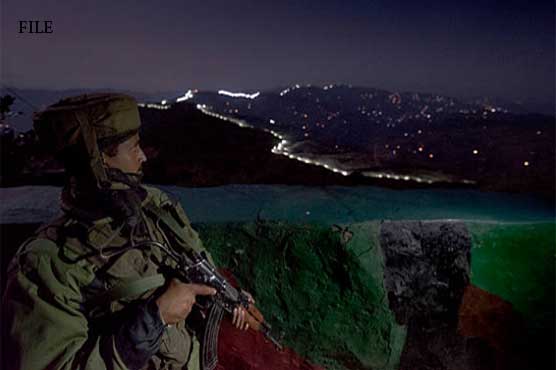 4 civilians including child wounded in unprovoked Indian firing along LoC

Four innocent civilians including two women and a child got wounded

RAWALPINDI (Dunya News) – Four civilians including a child sustained injuries on Tuesday after Indian troops yet again in a barbaric manner violated the ceasefire along the Line of Control (LoC).

The Inter-Services Public Relations (ISPR) issued a statement and said that Indian troops resorted to unprovoked firing of heavy weapons including mortars along the LoC in Lepa valley and deliberately targeted civilian population.

Four innocent civilians which had two women and a child among them got wounded due to infernal act by India.

A senior diplomat from the High Commission of India has been summoned to the Foreign Office, to register Pakistan’s strong protest at the ceasefire violations by Indian occupation forces along the Line of Control (LoC), resulting in serious injuries to the civilians

On Feb 1, in an unfortunate event, Indian troops again violated the ceasefire agreement and resorted to the unprovoked firing across the Line of Control (LoC).

According to the Inter-Services Public Relations (ISPR), the Indian troops deliberately targeted the civilian population in the Satwal sector. A 45-year-old man, resident of Madarpur village, was critically injured and was immediately rushed to the hospital for medical assistance.