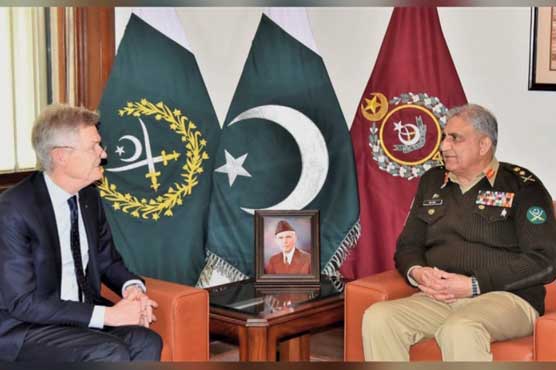 General Bajwa reaffirmed the commitment to eradicate polio in the country completely.

According to Inter Services Public Public Relations (ISPR), both parties discussed matters about hygiene and healthcare, especially polio related issues in the country. Army Chief Bajwa lauded the services of the US organization in the health sector, and also reaffirmed the commitment to eradicate polio completely.

On Jan 31, two more polio cases have been reported in Sindh raising the number of cases to four in the province this year, Dunya News reported.