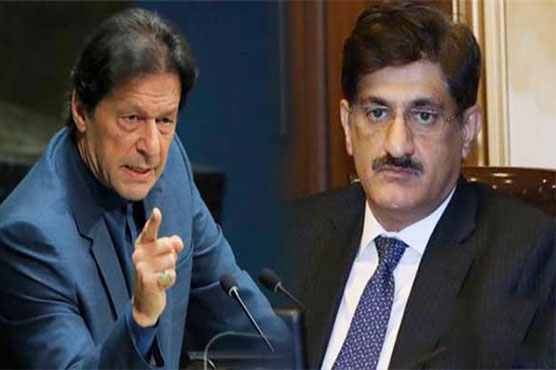 KARACHI (Dunya News) – Sindh Chief Minister Murad Ali Shah on Monday formally wrote a letter to the Centre for recommending the names of Ghulam Qadir Thebo, Mustaq Meher and Kamran Fazal for the designation of the new Inspector General of Police of the province.

The letter was attached with copied of letters written by Punjab and Khyber Pakhtunkhwa (KP) governments as reference that the governments in past had been proposing names of the IGs. The letter pointed out to panel of three names forwarded for the rank of IG with the procedure similar to other provinces.

Meanwhile, Sindh government spokesperson Murtaza Wahab expressed hope that the decision would soon be taken, and clarified that no name from the Centre was forwarded to the province so far.

Contrarily, Pakistan Tehreek-e-Insaf (PTI) parliamentary leader Halim Adil Sheikh in Sindh Assembly said that the final decision on the matter would be taken by the federal cabinet.

The court directed both parties to submit their replies till next hearing. The SHC remarked that the provincial government apparently did not consult the federation before removing the IG.

The court directed the Sindh government to confer with the federal government over the matter according to the law.

Earlier, in response to a letter by the Sindh government seeking removal of Dr Kaleem, the federal government prevented transfer of IG’s charge to the Additional IG till the “competent authority” reaches a decision on the matter.

In the Centre’s letter to the Sindh’s chief secretary dated Jan. 17, the government’s establishment division stated that the issue of repatriation of IGP Imam and the posting of his replacement, as requested by the Sindh government, is being taken up by the relevant authority and once a decision is reached on the issue, it will be shared with the provincial government.

Till then Dr Kaleem Imam will continue to discharge his duties as the IGP of the province. “Look after charge of the post cannot be assigned to any additional inspector general of police by the province,” the letter read, clearly outlining that the authority to change the IGP stands with the federal government.

The provincial government provided reasons for Dr Imam’s removal as his alleged “non-cooperation with the Sindh government, and failure to implement directives issued from the CM House,” and frequent absence in key meetings of the government.

According to the police law, an IGP could be appointed after consultations between the federal government and the government of the said province.

Section 12(2) of the Sindh (Repeal of the Police Act, 1961 and Revival of Police Order, 2002) (Amendment) Act, 2019 reads: "The provincial government or the federal government may for ‘compelling reasons,’ in consultation with each other, repatriate, or recall, the inspector general of police, as the case may be."