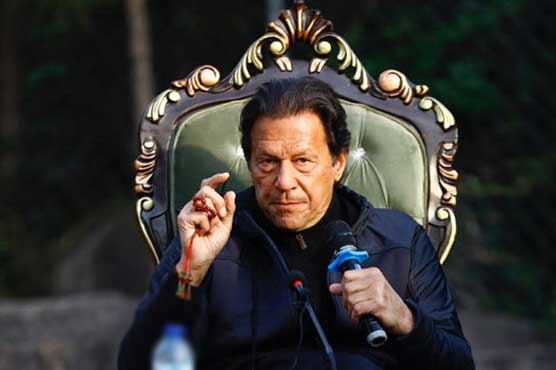 As Indian Occupation forces continue to target & kill civilians across the LOC with increasing intensity & frequency, there is an urgent need for UN SC to insist India allow UNMOGIP return to IOJK-side of LOC. We fear an Indian false flag operation.

In a tweet, the premier has stressed the need for United Nations Security Council (UNSC) to insist India allow UN Military Observer Group in India and Pakistan (UNMOGIP) return to occupied Kashmir-side of Line of Control (LoC).

I want to make clear to India and the international community that if India continues its military attacks killing civilians across LOC, Pakistan will find it increasingly difficult to remain an inactive observer along the LOC, he added.

I want to make clear to India and the international community that if India continues its military attacks killing civilians across LOC, Pakistan will find it increasingly difficult to remain an inactive observer along the LOC.

The reaction came day after Pakistan had urged a senior Indian diplomat to pay focus on their internal crises rather than feigning concern for minorities elsewhere for narrow political agenda.

The Indian side was conveyed that minorities in Pakistan enjoy full protections and rights under the Constitution. It was emphasized that the legal system of Pakistan is fully capable of protecting the rights of all its citizens.

On the other hand, Indian Charge d’ Affaires Gaurav Ahluwalia was summoned by Director General (South Asia & SAARC) Zahid Hafeez Chaudhri to register Pakistan’s strong protest at the ceasefire violations by Indian occupation forces along the LoC, resulting in serious injuries to an innocent civilian lady.

Condemning the targeting of innocent civilians by the Indian occupation forces, the DG (SA & SAARC) underscored that such senseless Indian acts, in clear violation of the 2003 Ceasefire Understanding and complete disregard for international human rights and international norms, further vitiate the tense atmosphere along the LoC and pose a threat to regional peace and stability.

He emphasized that by raising tensions along the LoC and the Working Boundary (WB), India cannot divert attention from the worsening human rights situation in the Indian Occupied Jammu and Kashmir (IOJ&K).