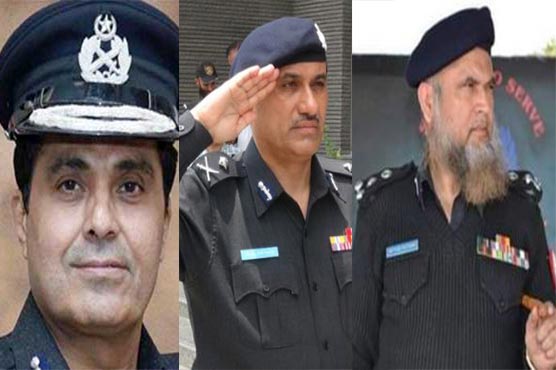 According to details, the police department has prepared its reply over provincial government’s charge sheet, declaring political interference as cause of Kaleem Imam’s removal from Sindh IG post.

Sources told that Pakistan Tehreek-e-Insaf (PTI) Sindh leadership and some leaders from Pakistan Peoples Party (PPP) are agreed on the name of Dr Amir.

Earlier, provincial government had forwarded names of Ghulam Qadir Thebo, Mushtaq Mehar and Kamran Fazal for the post of Sindh Inspector General to the federal government.

Earlier, Sindh cabinet had approved the removal of Kaleem Imam as Sindh IG over his alleged non-cooperation with the provincial government.

During an emergency meeting, CM Murad Ali Shah expressed that he would like to keep the police separate from the politics. The police chief should refrain from giving political statements, he added.

Reacting to the announcement, the Pakistan Tehreek-e-Insaf (PTI) had decided to go to court against the removal and transfer of Syed Kaleem Imam.

PM Imran Khan telephoned Governor Sindh to discuss issue of IG transfer and directed him to take all stake holders into confidence.

PTI Leader Haleem Adil Sheikh said that government stands with IG Kaleem Imam and will not allow the Sindh government to do anything illegal.