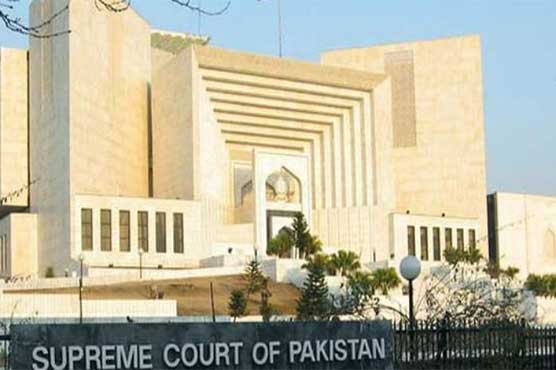 The petition contended that the amendment was contradictory to several fundamental rights.

The petition, filed by Farogh Nawaz Bhatti, contended that the amendment was contradictory to several fundamental rights, and was against the rule of the Law, and the exploitation of the general public.

It further mentioned that the amendment is an attempt to create division in the society. The federal government, Prime Minister Imran Khan, the National Accountability Bureau (NAB), the Federal Bureau of Revenue (FBR) and the Securities and Exchange Commission of Pakistan (SECP) have been made respondents in the petition.

The application pleaded with the apex court to immediately order cancellation of the National Accountability (Amendment) Ordinance, 2019, while claiming that the amendment was against Article 25 of the Constitution, and an attempt to protect the corruption of ministers and government officials as the government has been facing severe prohibitions from the Financial Action Task Force (FATF).

It has requested the top court to order the NAB submission of statistics of businessmen and claimed that tax authorities and businessmen have been involved in corrupt practices.

The anti-graft agency’s jurisdiction over matters relating to tax, stock exchange and IPOs has been curtailed. The FBR, the SECP and building control authorities will be the sole authorities tasked to act on all such matters.