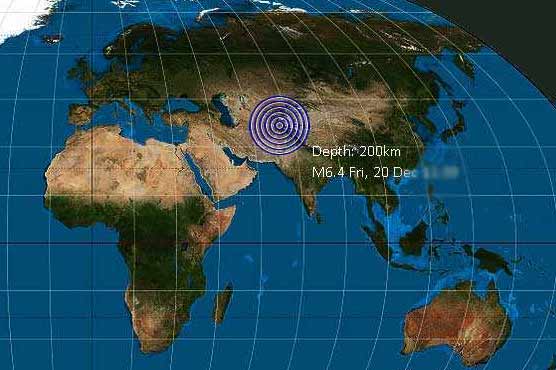 LAHORE (Dunya News) – At least three people were injured when a strong earthquake jolted parts of Pakistan including Peshawar, Islamabad and Lahore.

People came out of their homes in panic and started reciting verses from the Holy Quran. No loss of life and property was reported from any area of the country due to earthquake.

As per the details, two laboureres namely Ghulam Nabi, (45), and Varyan (42) sustained injuries after felling from height while working in Lahore’s Salman Park area.

Rescue staff reached the spot and shifted them to General Hospital for medical assistance.

On the other hand, a minor child was also wounded after felling from the stairs when earthquake struck parts of Lahore.

According to National Seismic Monitoring Centre, the epicenter of the quake was located in the Hindu Kush range and Afghanistan at the depth of 200 kilometres.