Nobody can impinge on relations between Bar and Bench: Justice Gulzar Ahmed 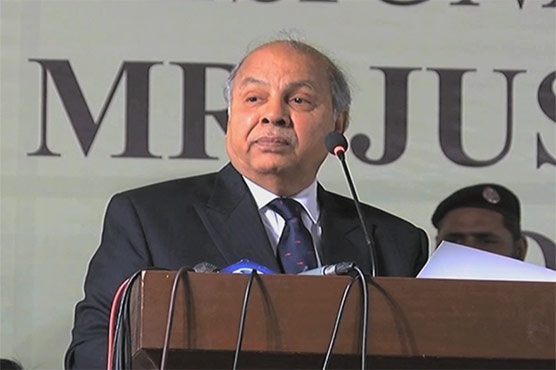 Nobody can impinge on relations between Bar and Bench: Justice Gulzar Ahmed

He observed that judges were sitting in small rooms.

KARACHI (Dunya News) – Justice Gulzar Ahmed – who has been notified as the next Chief Justice of Pakistan (CJP) with effect from December 21, 2019 by the Mini¬stry of Law and Justice – has asserted that nobody could impinge on the relation between the Bar and the Bench.

Justice Ahmed, spoke to a ceremony in Karachi, and expressed regret over the condition of district courts and issues of lawyers, and pledged to work hard for the required improvement.

“I haven’t seen such issues before […] problems pertaining to lawyers and judicial affairs will not be neglected,” he said, adding that he had never compromised on his responsibilities as a lawyer or a judge.

He observed that judges were sitting in small rooms.

“I advise incoming lawyers to work hard and enhance their studies […] District Court Karachi faces several challenges and I can understand those challenges,” he said, while vowing to resolve those issues.