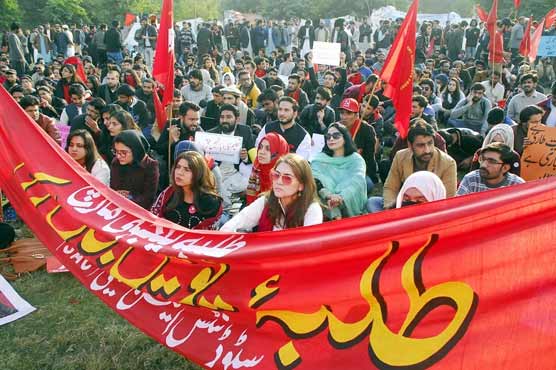 Murtaza Wahab said that the bill to revive student unions will be tabled in the provincial assembly.

KARACHI (Dunya News) - The Government of Sindh has decided to reinstate the student unions in academic institutions of the province.

Adviser to Chief Minister of Sindh on Law Murtaza Wahab said that CM Sindh Murad Ali Shah has also supported the restoration of the student bodies after Pakistan Peoples Party (PPP) Chairman Bilawal Bhutto backed the decision. “He [CM Sindh] will table the bill to Sindh Assembly soon after its approval from the cabinet”, he added.

On the other hand, Federal Minister for Science and Technology, Fawad Chaudhry, expressed to be in the favor of unions’ revival but showed some reservation. He maintained that few political parties have used them [student unions] in past for their personal use.

Addressing the inaugural ceremony of ‘Microsoft Imagine Cup’ in Islamabad, Fawad Chaudhry said that student unions in Oxford, Cambridge and Howard are playing their role without weapons and violence, and Pakistan needs such structure in their student bodies.