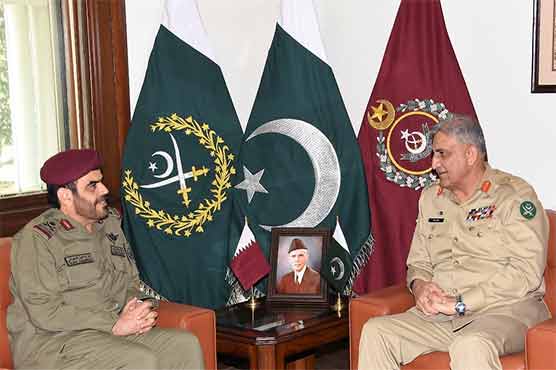 In a statement issued by the Inter-Services Public Relations (ISPR), matters pertaining to bilateral interests and professional affairs came under discussion during the meeting. 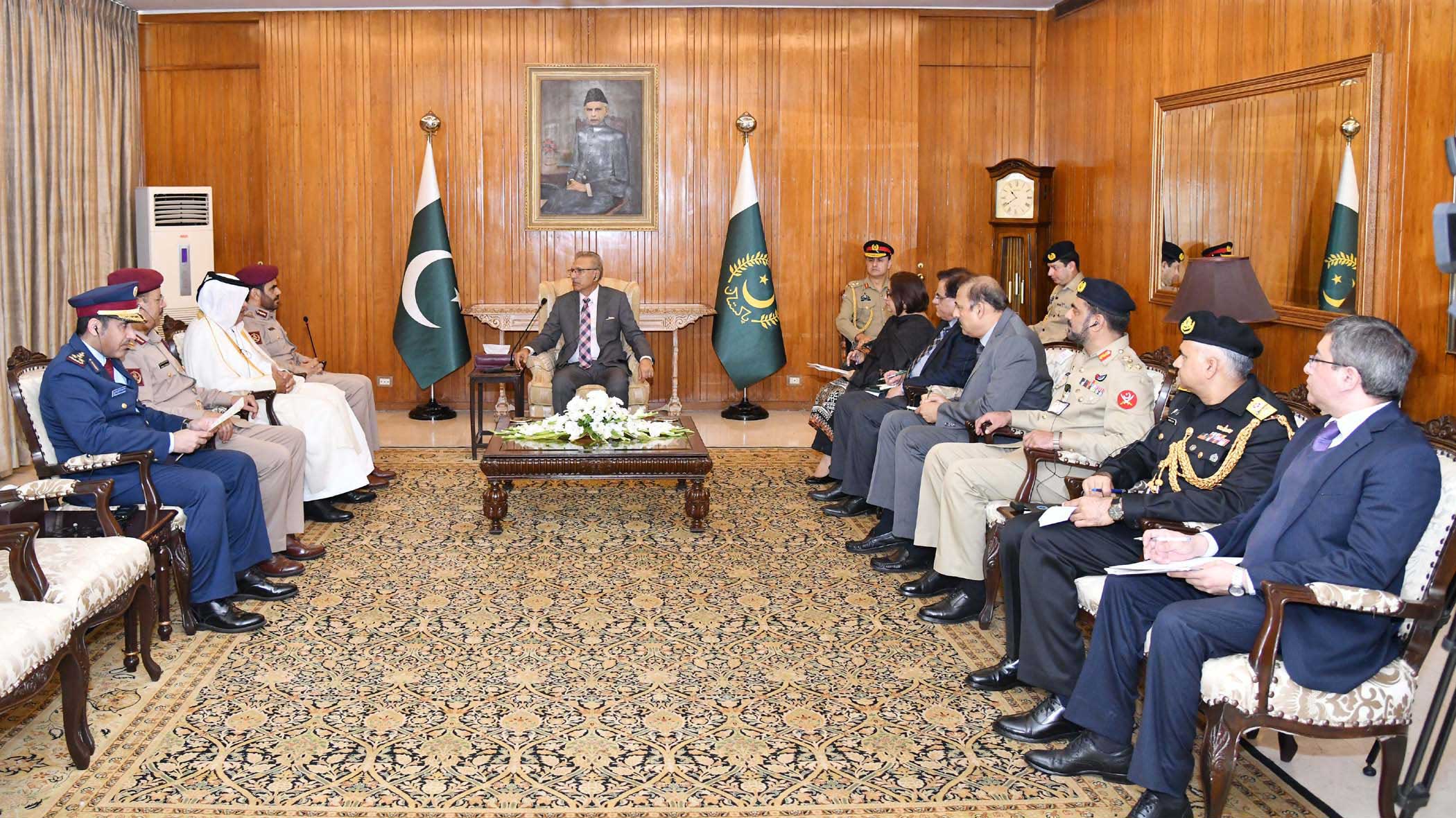 The President also asked Qatar to support Pakistan in its endeavors to highlight Indian human rights violations in occupied Kashmir before the world as well as to resolve the dispute amicably.

President Arif Alvi said the fascist Indian regime is flagrantly violating the human rights of Kashmiris by revoking the special status of occupied Kashmir and by suspending their civil liberties. He said the BJP-led Indian government has adopted a hostile attitude towards all its minorities.

The President underscored that having vast experience in the domain of security and the professionalism of its armed forces, Pakistan can provide Qatar security for Football World Cup 2022. Moreover, he said that being an agricultural country, Pakistan would like to enhance its agricultural exports to Qatar.

He emphasized the need to enhance the training collaboration and professionl interaction between the defense forces of two countries and appreciated the agreement for sale of eight Super Mushak Aircraft to Qatar worth 57.74 Million dollars in 2016. He said there is a lot of scope existed between the two countries to include defense export and joint production ventures. The Commander said that Qatar considered it a religious duty to support Pakistan at all levels.