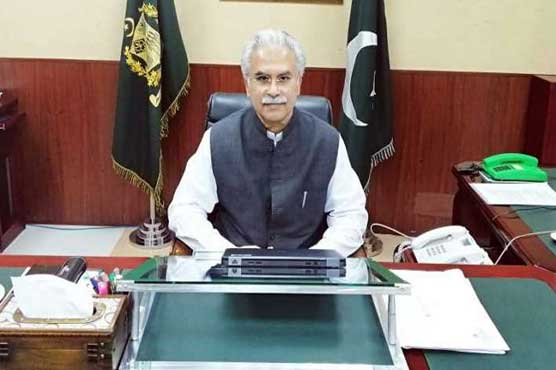 He said the government has prepared a coordinated and comprehensive plan to make Pakistan polio free till next year.

“Rumours and propaganda spread over social media platforms have been fueling misconceptions about the vaccine and have accelerated refusals to vaccines he said, adding, but despite the rising numbers of polio cases, Pakistan will soon be polio-free.

He regretted that anti-vaccine campaigns had adversely affected the polio programme and put the lives of children at stake.

“Parents should get into their heads that polio vaccination is a matter of our future generations and the present government will not allow anyone to sabotage the national drive,” he added.

The spacial assistant stressed the need for collective efforts to eradicate the diseases like polio and Typoide, adding, the drive would be strictly monitored.

He said the cases of Polio was rises as several refusal cases were reported in KP, Sindh, Karachi and Baluchistan but now with new strategy of government it would be monitored strictly.

He said we have a Micro-Planning against refusal cases and where the parents would be convinced with the help of local administration to administer anti-polio vaccine to their children.

Dr Zafar also asked people to cooperate with polio teams and immunize their children against the crippling disease.

He said efforts were under way to talk with administration of these social media companies to remove all these fake contents immediately and hopefully we will sweep away this deadly disease in next year.

Dr Zafar Mirza said that the contents are removing for spreading misunderstanding and discouraging the masses to vaccinate their children against the poliovirus.

He said the polio programme would continue to work closely with Facebook to identify and recommend action against users who spread hateful propaganda.

Currently there are only two countries Pakistan and Afghanistan in which polio cases are being reported, he added.