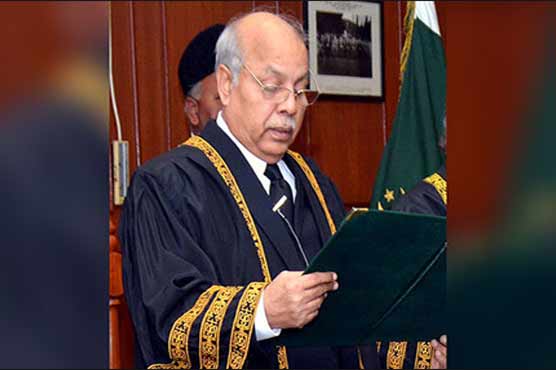 Justice Gulzar Ahmed would take charge as the Chief Justice of Pakistan from December 22.

A notification regarding his appointment will be issued after approval of summary by President Dr Arif Alvi to appoint him as CJP.

Justice Gulzar Ahmed would take charge as the Chief Justice of Pakistan from December 22 and will hold the office for more than two years till February 2, 2022.

The oath-taking ceremony of Justice Gulzar would be held at the Aiwan-e-Sadr.

He was notified as Senior Puisne Judge of the High Court of Sindh on 14th February, 2011 and was elevated as Judge of the Supreme Court of Pakistan on November 16, 2011. He attended “International Judicial Conference” as Co-Chair for thematic group “Parental Child Abduction & Transnational Jurisdiction” held on 19-21 April, 2013 at Islamabad.