Schools in Lahore, Gujranwala, Faisalabad to remain closed on Nov 22 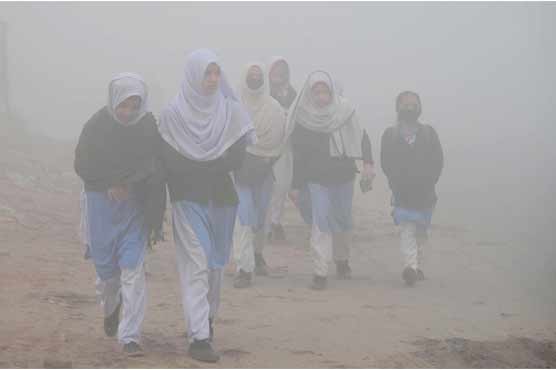 Schools in Lahore, Gujranwala, Faisalabad to remain closed on Nov 22

In recent years, smog has become a problem for some cities in Pakistan.

LAHORE (Dunya News) – The Punjab education department on Thursday decided to keep all public and private schools in Lahore, Gujranwala and Faisalabad closed on November 22 due to poor air quality.

According to a notification issued by the provincial government, the schools will remain closed due to "dense smog" in the three districts. 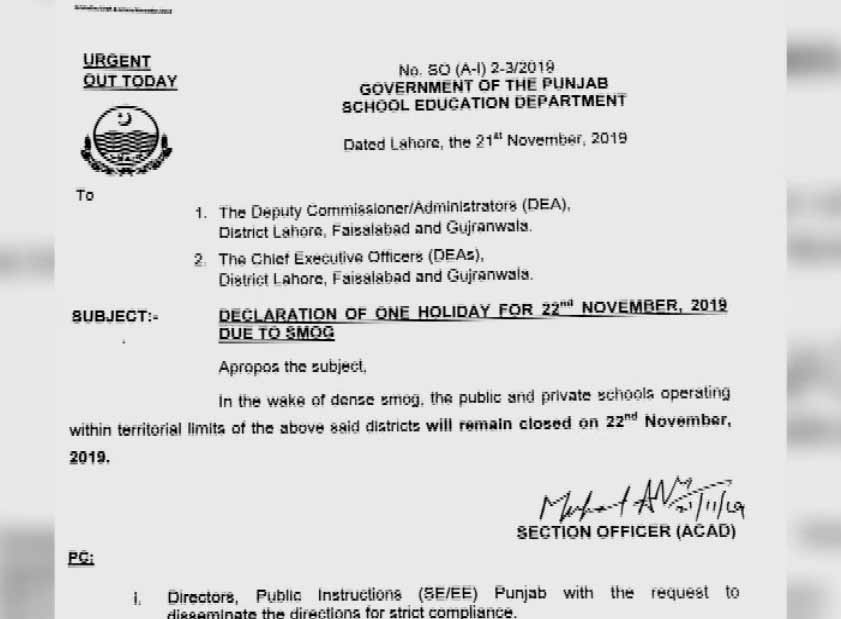 In recent years, smog has become a problem for some cities in Pakistan and neighboring India due to industrial and transport pollution and the practice by farmers to burn stubble crop.

The thick blanket of hazardous smog had engulfed Lahore, forcing citizens to take precautionary measures, of the lowering minimum temperature, humidity and calm wind at night that is allowing the contributing pollutants, being generated mostly by Indian Punjab farmers by burning massive crop residue, to penetrate the bordering areas.

The Air Quality Index (AQI) in Lahore had reached 371 on average on Thursday morning at 9am.