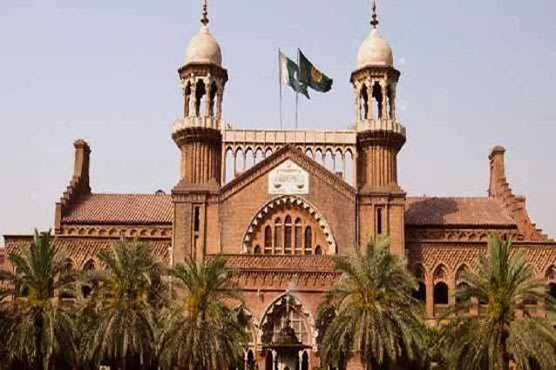 "The rise in environmental pollution is alarming," the court remarked.

Justice Jawad Hassan expressed strong displeasure over the increase in pollution, and directed the Punjab government to take stern action against the factories which have been polluting environment.

“The rise in environmental pollution is alarming,” he remarked.

Meanwhile, the Punjab government submitted its response that an action has been taken against 567 factories across the province, and effective measures are being implemented to curb the spread of pollution.

Earlier, the Environment Protection Department (EPD) of the province ordered closure of brick kilns which had been using "old technology" from Wednesday.

In a notification dated Nov. 19, the EPD said: "Consequent upon approval of the competent authority, no old technology brick kilns shall operate" in select cities from November 20 till December 20.

The cities in Punjab where kilns using old technology will not be allowed to operate for the next month are Lahore, Sheikhupura, Kasur, Faisalabad, Chiniot, Okara, Sahiwal, Khanewal, Multan, Nankana Sahib, Narowal, Sargodha, Jhang, Vehari, Hafizabad, Pakpattan, Gujranwala and Sialkot.

The notification, however, stated that brick kilns using "zig-zag technology", a design change that makes more efficient use of fuel, would be allowed to operate.

The decision was taken as a preventive measure to curb smog that had blanketed northeastern parts of the province since the start of November.

On Thursday, a thick blanket of hazardous smog engulfed Lahore, forcing citizens to take precautionary measures, of the lowering minimum temperature, humidity and calm wind at night that is allowing the contributing pollutants, being

generated mostly by Indian Punjab farmers by burning massive crop residue, to penetrate the bordering areas.
The Air Quality Index (AQI) in Lahore reached 371 on average at 9am.