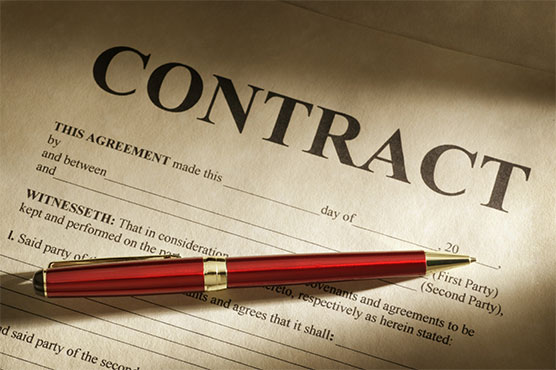 An indemnity bond is a bond that is intended to repay the holder for any actual or claimed loss.

LAHORE (Dunya News) – Upon the decision to allow former premier Nawaz Sharif to go abroad for his medical treatment, the government has set condition that the party should deposit Rs7 billion as indemnity bond.

An indemnity bond basically is a bond that is intended to repay the holder for any actual or claimed loss caused by the issuer’s conduct or another person’s conduct. It is an agreement executed agreeing to indemnify the loss that may occur in future on account of the act favored to the executants.

It acts as coverage for loss of an obligee when a principal fails to perform according to the standards agreed upon between the obligee and the principal, as per USLegal.com

The Exit Control List (ECL) was introduced through an ordinance called Exit from Pakistan (Control) Ordinance in 1981. Under the Section 2 of the ordinance, federal government can include or exclude anyone from the ECL.

According to ECL Rules 2010, people referred by the government, terrorist, elements charged with corruption, money laundering or causing loss to the national exchequer can be put on the ECL.

Indemnity gets basically recovered from the person who takes the responsibility of the concerned person. Instead of submitting bank guarantee, property or any sort of surety, the obligee takes full responsibility.

Under an indemnity clause one party or both the parties commit to compensate the other or each other for any loss, injury or liability that arises out of the contract.

Another instance is, during the time of foreclosure, if the house is sold to pay off the loan and there is negative equity, then the indemnity bond pays the difference.

Difference between Indemnity and Surety bond

Indemnity is considered to be "a contractual agreement between two parties whereby one party agrees to pay for potential losses or damages caused by another party".

A surety bond "acts as coverage for loss of an obligee when a principal fails to perform according to the standards agreed upon between the obligee and the principal."

Surety companies require that people getting a bond (called the principal) sign an indemnity agreement before they get a surety bond. This is to hold the principal liable to the surety should a claim on the bond occur.

Meanwhile, an indemnity bond can sometimes be confused with an indemnity agreement, which is part of a surety bond. Indemnification is the process of bringing another back to where they started financially.

The subcommittee has also set condition that Nawaz Sharif or his brother Shehbaz Sharif should deposit Rs7 billion as indemnity bond.

"Nawaz Sharif will be allowed to go abroad for four weeks on one-time condition," stated Federal Law Minister Farogh Naseem who presided over the sub-committee meeting.