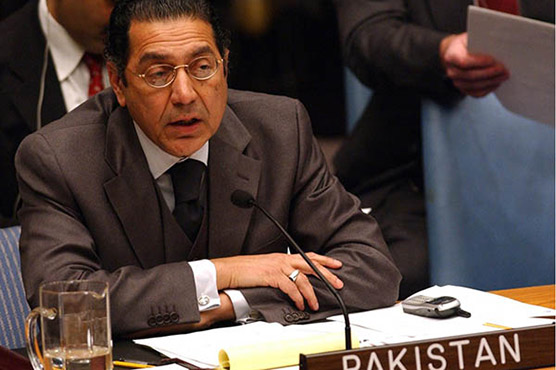 Munir Akram, 74, specialises in multilateral diplomacy and holds a wide experience at the UN.

Mr Akram, being a well-known figure in diplomatic circles, has served as Pakistan’s ambassador to the UN previously as well, holding the office for six years between 2002 and 2008.

Days after Prime Minister Khan’s return from the UNGA’s 74th session, Dr Lodhi was replaced by Ambassador Munir Akram at the Pakistan mission at the UN headquarters. The change was part of a larger reshuffle in which a number of envoys were moved. Dr Lodhi served as ambassador to the UN for nearly four-and-a-half years.

Who is Munir Akram?

Munir Akram, 74, specialises in multilateral diplomacy and holds a wide experience at the UN chapters in New York and Geneva, according to his profile on the Pakistan mission to the UN website.

Akram, who joined the Foreign Service of Pakistan in 1967, obtained a Master’s degree in political science and a Bachelors degree in law from the University of Karachi.

Besides holding various positions in the foreign ministry, he also served at the Pakistani missions in various world capitals, including Brussels and Tokyo, and as the Permanent Representative of Pakistan to the UN in Geneva.

In recognition of his outstanding contribution and par-excellence performance in the field of diplomacy and foreign policy, he was conferred the Hilal-i-Quaid-i-Azam award by the president of Pakistan.