All political leaders should stand by people of IoK: Dr Firdous 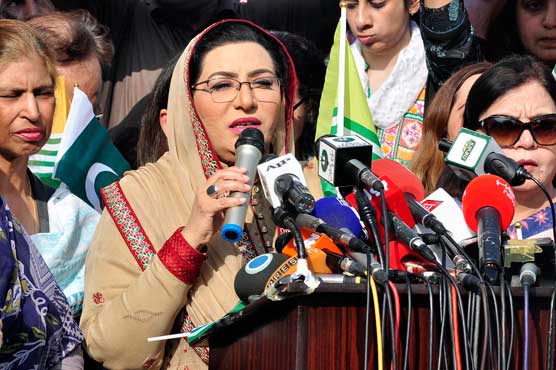 All political leaders should stand by people of IoK: Dr Firdous

Leaders like PM Imran Khan live in people's hearts and will also remain alive in pages of history.

ISLAMABAD (Dunya News) – Special Assistant to the Prime Minister on Information and Broadcasting Dr Firdous Ashiq Awan on Sunday said that instead of running doing politics, political leaders should stand by the people of Indian-occupied Kashmir (IoK).

The special assistant said a large number of people have gathered at the airport to pay rich tribute to Imran Khan s efforts in highlighting Kashmir issue and sensitizing the world community on Islamophobia, during his speech at the UN General Assembly last Friday.

She said that leaders like Imran Khan live in people s hearts and will also remain alive in pages of history.

Dr Firdous said convergence of a large number of people to accord grand reception to their beloved leader indicates that they are happy over the prime minister inspiring speech at the world forum.

“PM Imran represented the oppressed people across the world, including Kashmiris,” she said and added Imran Khan also portrayed real face of Islam. “Some elements tried to do politics in the name of honor of the Prophet [Peace Be Upon Him],” she added.

Without naming JUI-F s proposed Azadi March, Dr Firdous Ashiq Awan said they should work for the freedom of Kashmiris.