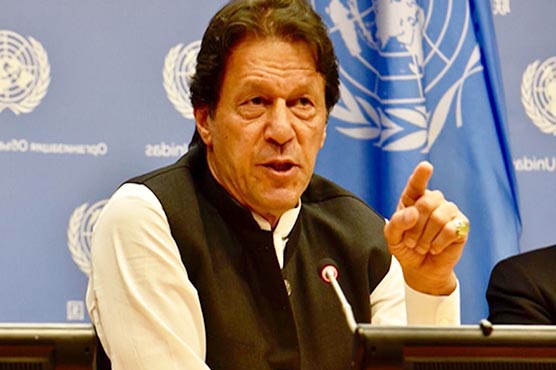 According to details, the premier will expose real face of Narendra Modi-led Indian government and its nefarious aim for turning Muslim majority into minority in the valley.

Meanwhile, on the sideline of UNGA, PM Imran is highlighting the Kashmir issue with other international leaders in separate meetings.

He has used this platform to raise the voices of innocent Kashmiris against ongoing Indian human rights violation.

Let it be known that Prime Minister Imran Khan left for New York from Saudi Arabia in the wee hours of Saturday (September 21) to attend the 74th session of the United Nations General Assembly.