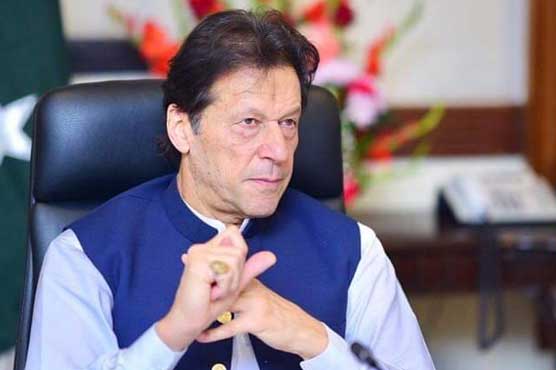 PM Imran Khan expressed grief over the causalities and loss of properties.

NEW YORK (Dunya News) – Prime Minister Imran Khan, who is in New York to attend the 74th session of the United Nations General Assembly, has expressed grief over the loss of lives and properties in Mirpur Azad Kashmir after a strong earthquake with magnitude 5.8 jolted several parts of the country.

PM Khan was informed about the earthquake and damages caused by it in New York. He instructed the authorities to immediately provide relief to the victims of earth quake. PM Imran Khan expressed grief over the causalities and loss of properties.

In a statement issued Inter-Services Public Relations (ISPR) said the army troops with aviation and medical support teams have been dispatched following the directions of the COAS.

At least four persons including a minor girl were killed while more than hundred people sustained injuries as 5.8 magnitude earthquake rattled Azad Kashmir and other parts of Pakistan on Tuesday.

Several houses, shops and and buildings collapsed in different parts of Azad Kashmir, whereas, image obtained from the affected areas show massive cracks on roads. Rescue teams have rushed to the spot and emergency has been declared at all the hospitals. Meanwhile, mobile service has also been affected in the area.

Meteorological Department said that according to its preliminary assessment, the epicentre of the 5.8-magnitude quake was located near the mountainous city of Jehlum in the Punjab province.