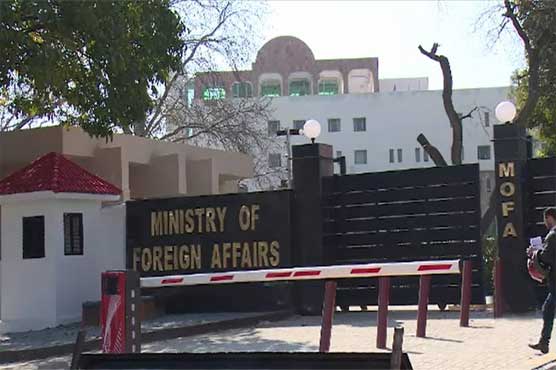 Two innocent civilians lost their lives in the unprovoked firing along LoC.

The Ministry of Foreign Affairs issued a statement today which stated that the Director General (SA & SAARC), Dr. Mohammad Faisal, summoned the Indian Deputy High Commissioner Gaurav Ahluwalia today and condemned the unprovoked ceasefire violations by the Indian occupation forces along the Line of Control (LoC).

The Indian occupation forces along the LoC and working boundary have continuously been targeting civilian populated areas with artillery fire, heavy-caliber mortars, and automatic weapons, which still continues. This unprecedented escalation in ceasefire violations by India is continuing from the year 2017 when the Indian forces committed 1970 ceasefire violations.

On August 27, in another cowardly act, Indian forces resorted to unprovoked firing along the Line of Control (LoC), claiming lives of two innocent Pakistani civilians and injuring three others.

According to the Inter Services Public Relations (ISPR), the deceased have been identified as 45-year-old Abdul Jalil and 3-year-old Nosheen. Indian forces targeted civilian settlements in Nekrun Sector. Reportedly, fire also engulfed three houses in the area after heavy shelling from Indian side.

Indian forces repeated ceasefire violation and targeted civilians amid already tensed situation between both nuclear-armed neighbors over scrapping of special status of the occupied Kashmir by the Modi-led Hindu nationalist government after they abrogated the Article 370 and 35-A.