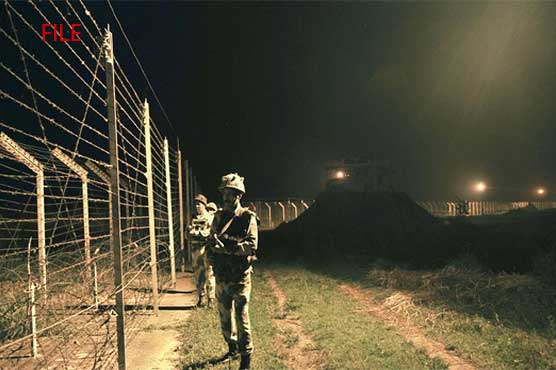 The deceased have been identified as 45-year-old Abdul Jalil and 3-year-old Nosheen.

RAWALPINDI (Dunya News) – In another cowardly act, Indian forces resorted to unprovoked firing along the Line of Control (LoC), claiming lives of two innocent Pakistani civilians and injuring three others.

According to the Inter Services Public Relations (ISPR), the deceased have been identified as 45-year-old Abdul Jalil and 3-year-old Nosheen.

Indian forces repeated ceasefire violation and targeted civilians amid already tensed situation between both nuclear-armed neighbors over scrapping of special status of the occupied Kashmir by the Modi-led Hindu nationalist government after they abrogated the Article 370 and 35-A.

On August 19, two civilians were martyred in firing by Indian forces from across the Line of Control (LoC) with mortars and anti-tank guided missiles in Hot Spring Sector.

Pakistan Army responded effectively to the attack, engaging with the Indian army posts from where the fire had been directed. Reportedly, two Indian army soldiers were killed and many injured.

On August 15, a Pakistan Army soldier was martyred by unprovoked firing of Indian forces along the Line of Control (LoC).

Previously, three Pakistan Army soldiers were martyred in firing of Indian forces along the Line of Control (LoC).

Pakistan Army responded effectively to the Indian aggression and five Indian soldiers were killed and many injured. The response by Pakistan Army also damaged bunkers on Indian side.

On August 3, the Indian Army used cluster ammunition to target the civilian population across the Line of Control (LoC) in Azad Jammu and Kashmir (AJK) in violation of the Geneva Convention and international law, according to a statement released by Inter-Services Public Relations (ISPR) Director General Major General Asif Ghafoor.

The Indian military, on the intervening night of July 30 and 31, targeted innocent citizens including women and children in Neelum Valley through artillery using cluster ammunition – resulting in the martyrdom of two civilians, including a boy, as per the statement.