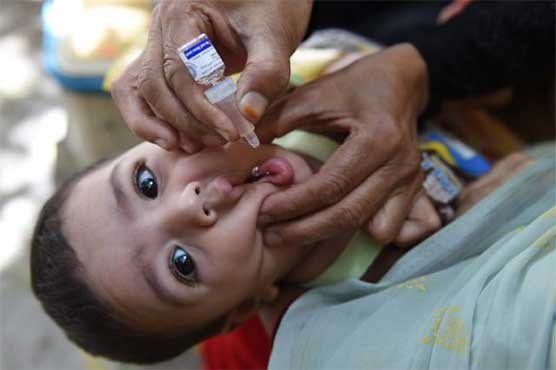 The total number of polio cases in Pakistan this year now stands at 58.

ISLAMABAD (Dunya News) – Three new cases of polio virus have been reported in Khyber Pakhtunkhwa’s Waziristan and Hangu, an official said on Sunday.

With the new cases, the total number of polio-affected children rose to 44 in the current year.

According to reports, the total number of polio cases in Pakistan this year now stands at 58.

The confirmation of the new cases comes just a day before immunisation campaigns are to commence in K-P, Balochistan, Punjab and Sindh.

More than four million children below the age of five will be administered anti-polio drops during the campaign.

Earlier, Prime Minister Imran Khan had directed the relevant authorities in the federal and provincial governments to undertake effective immunization and awareness campaigns to check the incidence of polio.

He was chairing a high-level meeting in Islamabad which took stock of polio incidence in Khyber Pakhtunkhwa and other parts of the country.

Imran Khan stated that polio eradication is the top-most priority of the government as it affects the future generation. He also expressed concerns over the recent spike in polio cases.

The PM’s Focal Person on Polio Eradication Babar Bin Atta had briefed the meeting about the report of International Monitoring Board for the year 2017-18 identifying loopholes in the strategy at that time which led to the recent spike of polio cases in some parts of the country, especially Bannu division.

He had also highlighted various measures being taken for perception management including engagement with social media platforms to counter anti-vaccine propaganda, involving mainstream media for a mass awareness campaign, establishment of round the clock call center.

Pakistan is among three countries in the world, including Afghanistan and Nigeria, where polio virus still exists and the country remains under a polio-linked travel restriction imposed by the World Health Organization (WHO).

In 2014, the WHO made it mandatory for all people travelling from Pakistan to carry a polio vaccination certificate.