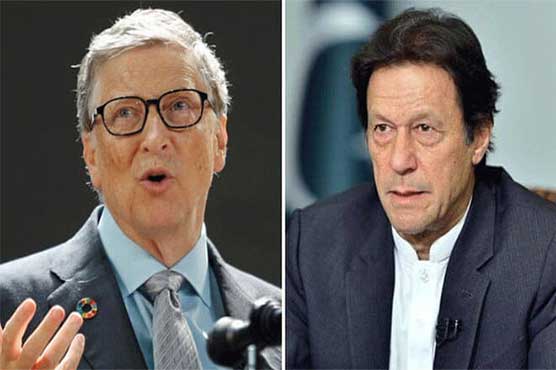 The meeting was briefed about the steps taken by the provinces to eradicate the polio virus.

The billionaire philanthropist, in the letter dated August 16, 2019, pledged to continue working with the relevant authorities in Pakistan to eradicate polio virus from the country.

“Currently, I’m concerned with the polio situation in Pakistan […] Large numbers of children in key reservoirs continue to be missed during polio campaigns, in large part due to sub-optimal management and increased community resistance to vaccination – all of which is allowing the virus to build and continue circulating,” Gates wrote.

“At the request of the National Emergency Operations Centre, the foundation’s polio team provided support to an independent management review of Pakistan’s polio program in the high priority districts and those contributing to polio transmission, starting in Karachi, Rawalpindi, and Peshawar. Our team is working with the independent management review team and the NEOC to finalise recommendations and develop an implementation plan slated to start before the low season campaigns in November,” the letter added.

The letter further stated that in June, a meeting was held with Sania Nishtar regarding the government’s poverty alleviation programme.

Earlier today, PM Khan held an emergency high-level meeting on the polio crisis in the country. The prime minister’s focal person on polio Babar Atta briefed the meeting, which was also attended by the chief minister, chief secretary of Khyber Pakhtunkhwa, federal ministers and heads of global institutions.

The meeting was briefed about the steps taken by the provinces to eradicate the polio virus.

It is worth mentioning here that polio cases this year have already exceeded the total numbers of previous three years. Despite government’s anti-polio measures, 53 cases have been reported across the country with 41 patients from KP, five from Punjab, four from Balochistan and three from Sindh.

Special Assistant on National Health Services Dr Zafar Mirza, the Chief Ministers of Khyber Pakhtunkhwa and Balochistan and the Chief Secretaries of Punjab and Sindh also attended the meeting.

Representatives of Bill and Melinda Gates, World Health Organization and the UNICEF also attended the meeting.

It was launched in 2000 and is reported to be the largest private foundation in the world, holding $50.7 billion in assets
The primary aims of the foundation are, globally, to enhance healthcare and reduce extreme poverty, and, in the U.S., to expand educational opportunities and access to information technology.

In 2006, the foundation provided $86 million toward efforts attempting to eradicate polio.