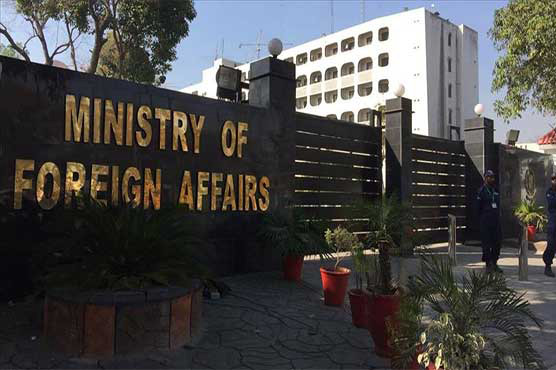 Dr Faisal urged the Indian side to respect the 2003 ceasefire agreement.

According to FO Director General (South Asia and Saarc) Dr Muhammad Faisal, who also serves as the foreign ministry spokesperson, "The Indian occupation forces along the LoC and Working Boundary have continuously been targeting civilian populated areas with artillery fire, heavy-calibre mortars, and automatic weapons," the statement said, adding that this "unprecedented escalation" in ceasefire violations by Indian forces has been going on since 2017, when they committed 1,970 such violations.

The statement termed the deliberate targeting of areas populated by civilians as "deplorable and contrary to human dignity, international human rights and humanitarian laws".

It added that India’s ceasefire violations were a threat to both regional peace and security, and "may lead to a strategic miscalculation".

Dr Faisal urged the Indian side to respect the 2003 ceasefire agreement.

He asked New Delhi to investigate these as well as other incidents of ceasefire violations and to instruct Indian forces to respect the ceasefire "in letter and spirit and maintain peace on the LoC and the Working Boundary".

The FO spokesperson also urged the Indian side to allow the United Nations Military Observers Group for India and Pakistan (UNMOGIP) to play its mandated role as per United Nations Security Council resolutions.

The development comes amid simmering tensions between the nuclear-armed arch rivals as Modi-led Hindu nationalist Indian government revoked the special status for the occupied region earlier this month.