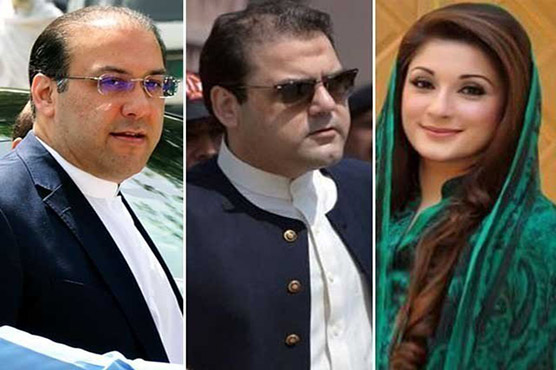 The bureau has given her deadline of seven days for submitting her reply to the questionnaire.

Reportedly, her siblings Hassan Nawaz and Hussain Nawaz were also summoned by the accountability watchdog today; however they failed to appear.

The investigation team has handed over a questionnaire to Maryam Nawaz and summoned her again on August 8 as “she could not answer about buying share(s) of Chaudhry Sugar Mills.”

The bureau has given her deadline of seven days for submitting her reply to the questionnaire.

The members of the Sharif family are being investigation over a suspicion of being stakeholders in the Chaudhry Sugar Mills.

The evidence against the owners of the sugar mills came to the fore during the investigation against Shehbaz Sharif and his sons Hamza and Salman in money laundering and income beyond means case.

Soon, PML-N president Shehbaz Sharif is also likely to be called by the bureau in the same case.

The NAB has purportedly traced numerous telegraphic transfers (TTs) worth millions of rupees by the Sharif family and the end beneficiaries allegedly included Maryam Nawaz and other owners of the Chaudhry Sugar Mills.

The NAB has launched another investigation against members of the Sharif family, and in this regard, the bureau, for the first time, summoned Yousuf Abbas on July 23 and recorded his statement.

In the call-up notice to Yousuf Abbas, son of the late Abbas Sharif, the NAB had said: “The competent authority has taken the cognizance of offences committed by the owners of the Chaudhry Sugar Mills under the provisions of the NAB Ordinance 1999 and Anti-Money Laundering Act 2010.”

On the other hand, the Bank of Punjab (BoP) has approached the Lahore High Court (LHC) for its inclusion in Haseeb Waqas Sugar Mills’ auction – which is to be held on August 31 as per court’s order – in order to buy its property.

The application, filed on behalf of the bank, has mentioned that the court has ordered auctioning Haseeb Waqas Sugar Mills owned by Haseeb Waqas, the cousing of ousted premier Nawaz Sharif, for being a bank defaulter.

Allegedly, Waqas took loan from the BoP but didn’t return the amount. The 3 kanal and 16 marla property is located on MM Alam road in Lahore.