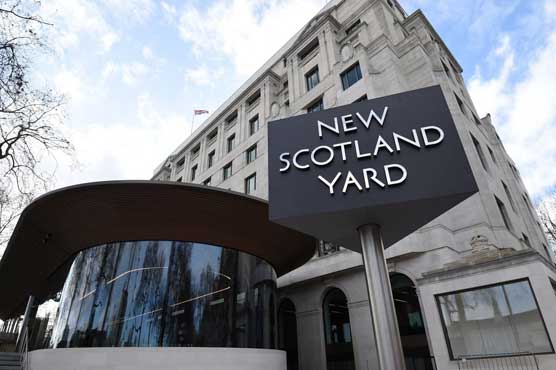 Founder of Muttahida Qaumi Movement (MQM) was detained in London on Tuesday.

Founder of Muttahida Qaumi Movement (MQM) was detained in London on Tuesday. The investigation, which is being led by officers from the Met’s Counter Terrorism Command, is focused on a speech broadcast in August 2016 by an individual associated with the MQM movement in Pakistan as well as other speeches previously broadcast by the same person.

Throughout the investigation, officers have been liaising with Pakistani authorities in relation to our ongoing enquiries.

Federal Investigation Agency (FIA) sources said that a case was prepared and handed over to the British government in 2016.

However, the accused was not immediately taken into custody, after which the FIA changed the legal experts team this year.

Toby Cadman, a UK-based lawyer, was hired by the Pakistani government to represent it in the cases against Altaf Hussain where he was presented as the British citizen.

His social media speeches were also presented in the case stating that a British citizen is provoking Pakistanis and spreading hatred in Pakistan on which an investigation should initiate.

Sources said that that the arrest of Scotland Yard on Tuesday was made on suspicion of intentionally encouraging or assisting offences contrary to Section 44 of the Serious Crime Act 2007.

According to sources, request to bring Altaf Hussain to Pakistan with the help of Interpol has been withdrawn and British government has been requested to take action against the accused according to the law.

The man, who is aged in his 60s, was arrested at an address in north west London. He was detained under PACE and taken to a south London police station, where he currently remains in police custody," the press release stated.

MQM founder spent last night in jail where his hearing for the adequacy of evidence was scheduled to take today.

According to the British police, founder MQM has been released on bail but the probe will continue against him.