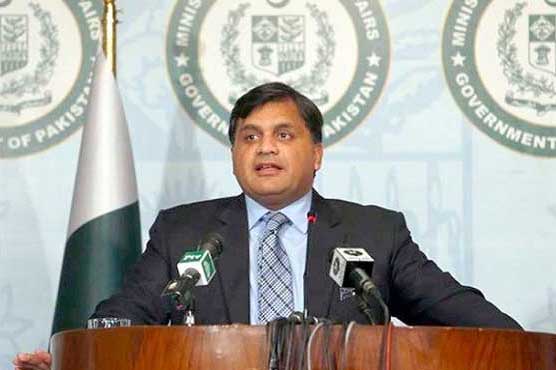 According to the statement issued by the Ministry of Foreign Affairs, the Director General (SA & SAARC) urged the Indian side to respect the 2003 Ceasefire arrangement; investigate these and other incidents of ceasefire violations; instruct the Indian forces to respect the ceasefire, in letter and spirit and maintain peace on the LoC and the Working Boundary.

Dr Faisal urged that the Indian side should permit UNMOGIP to play its mandated role as per the UN Security Council resolutions. He said that India is violating international laws.

“The ceasefire violations by India are a threat to regional peace and security and may lead to a strategic miscalculation” he added.

On the same day, Indian troops intentionally targeted innocent civilians travelling in a civil bus in Bagsar Sector. This is not only in clear violation of existing arrangement but also unethical and immoral.

Earlier today, seven Indian troops had been killed and nineteen others injured in exchange of fire with Pakistan Army along the Line of Control.

The Indian soldiers were killed in retaliation of the martyrdom of three Pakistani soldiers at Rakhchakri and Rawalakot sectors along the Line of Control yesterday.

Pakistan Army responded to the Indian aggression befittingly, causing heavy damage on the Indian side.

Indian forces have increased ceasefire violations along the Line of Control during the last couple of days.