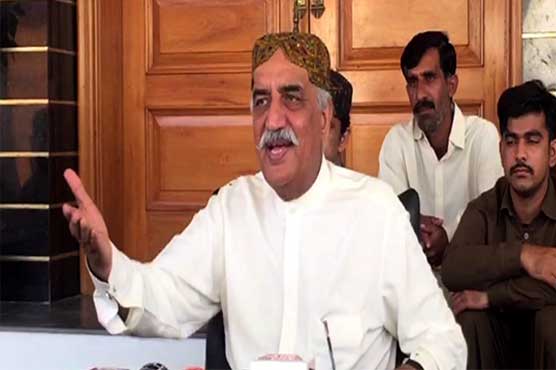 He asked for probe into devaluation of rupee against the U.S dollar.

While strongly denouncing policies of the incumbent government, Shah said, “Sindh is home to many Sufi saints, may Almighty save Sindh from the wrongdoings of the rulers.”

He spoke to the media, and said the PTI government lacks vision and future strategy. “Prime Minister Imran Khan is making similar statements which he used to make atop a container,” he added.

While asking for investigation into the depreciation of the rupee against the dollar, Shah asserted that there was only the ‘tsunami’ of inflation as prices of oil and petroleum products are on the rise.

“Who did benefit from overnight appreciation of the dollar?”

He urged for struggle of real democracy in the country, and said they [the PPP] strived for continuation of parliamentary system.

He said Prime Minister Imran Khan couldn’t live inside a prison for a single day, adding he [Khan] himself had said he would die if he is imprisoned.