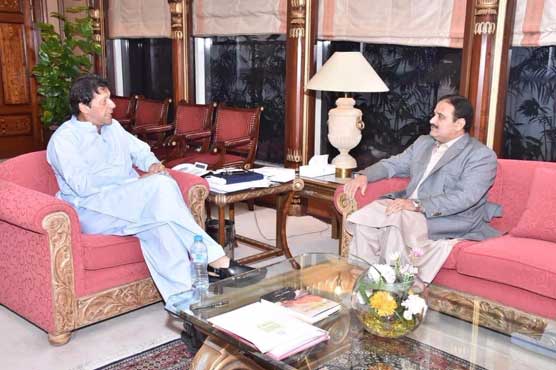 During the meeting, the prime minister while expressing resentment over increasing privileges and salaries of members of Punjab assemblies, ministers and chief minister.

The Punjab CM also briefed the prime minister on current political and security situation of the province.

On Thursday, the prime minister had barred Punjab Governor from signing the summary. He had also directed to recall Chief Minister Usman Buzdar in the House.

PM Khan has ordered to review the decision granting lifetime incentives to the chief minister while restricting it to a period of three months.

The premier has termed the decision of providing residence to the chief minister for lifetime ‘incorrect’. Following the directions, it was decided to exclude the clause pertaining to the provision of incentives to Chief Minister. The clause will be ruled out by legal means through an amendment.

He took to Twitter and stated, "I am extremely disappointed by decision of Punjab Assembly to raise pays and privileges of MPAs, ministers and especially CM."

"Once prosperity returns to Pakistan such a love could be justified, but now, when we do not have resources to provide basic amenities to all our people, this is untenable," he added.

On March 13, a bill seeking raise in the salary of Members of Provincial Assembly (MPAs) was approved by the Punjab Assembly. The bill was presented in the House after receiving consent from the standing committee.

According to the bill, MPA’s salary and incentives have been increased from Rs83000 to Rs2 lac/month.